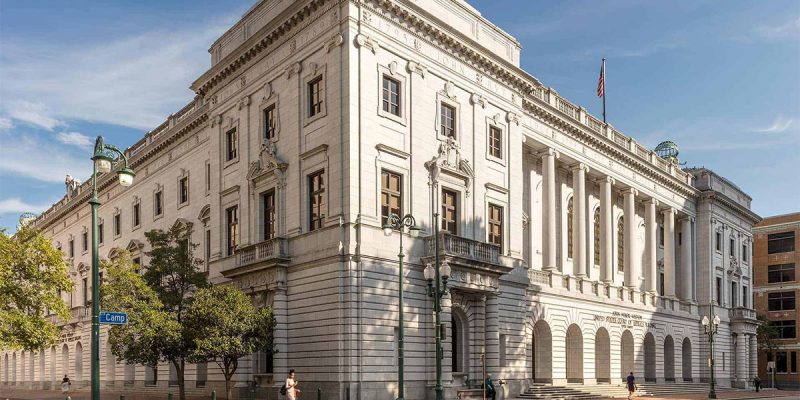 …and when that happens one of the more interesting bits of fallout will be the dynamics of this John Bel Edwards-Jeff Landry political spat over the latter’s choice to join the multistate action against Obamacare in the Texas v. Azar case.

Tuesday afternoon, the Fifth Circuit Court of Appeals heard oral arguments in Texas v. Azar and aggressively interrogated attorneys defending Obamacare’s individual mandate. They seemed deeply skeptical that the mandate can survive constitutional muster unless the lawyers representing Democratic attorneys general in 21 states and the Democrat-controlled House of Representatives can produce more convincing arguments than they have thus far put forward. This may well endanger the entire health-care law. The general atmosphere during Tuesday’s hearing suggested that, if the individual mandate falls, Obamacare’s entire creaking edifice must go down with it.

This was the reasoning used by U.S. District Judge Reed O’Connor when he struck down the law last December. He ruled that the individual mandate had been rendered unconstitutional when its “tax-penalty” was eliminated by Congress and that the mandate was inseverable from the rest of the statute. O’Connor further held that this combination of factors required him to invalidate Obamacare in its entirety. This decision was greeted with indignation by the law’s apologists in the Democratic Party, the “news” media, and academia. And this reaction was as nothing compared to the outrage that greeted the Trump administration’s decision not to appeal O’Connor’s ruling.

Nancy Pelosi called the ruling “monstrous,” accusing President Trump and the GOP in general of perpetrating an “all-out assault on people with pre-existing conditions and Americans’ access to affordable health care.” The editors of The New York Times were beside themselves with rage: “This partisan, activist ruling cannot stand … Obamacare is the law of the land. It will remain that way.” Predictably, more than one legal scholar denounced President Trump for failing to fulfill his constitutional duties. University of Michigan law professor Nicholas Bagley, a longtime Obamacare apologist, denounced Trump’s DOJ: “It’s a shocking dereliction of the Justice Department’s duty.”

You will note that none of this bluster contains the slightest hint of a constitutional argument. The claim by the Times that Obamacare is the “law of the land,” for example, could have also been said of Plessy v. Ferguson. That was considered the law of the land for more than half a century. And, oddly enough, the Democrats were also highly displeased when that odious ruling was finally put to rest by Brown v. Board of Education. For well over a decade after Brown was handed down, “Impeach Earl Warren” billboards sprouted up like weeds along America’s highways — in the North and the South. Oh, by the way, did Nicholas Bagley denounce Obama’s DOJ for failing to defend DOMA?

One of the biggest problems with Obamacare, among several deficiencies in the language of the bill which produced it, was a lack of a severability clause – meaning that as written, the Affordable Care Act would be struck down completely in the event that any part of it were to be found unconstitutional. It’s an item of extreme incompetence to pass a large omnibus bill like ACA was without such a clause, but that was what America had to work with when Nancy Pelosi, Harry Reid and Barack Obama sat atop the three most prominent political positions in America.

Most of the legal and constitutional scholars we talked to have thought from the time the Trump administration said they wouldn’t enforce the individual mandate that Obamacare couldn’t survive. Now the Texas v. Azar case has the law one step away from the Supreme Court, in what looks like a court more likely than not to agree with the district court ruling.

Our readers will remember that from the time last fall when Landry joined the lawsuit and put Louisiana on the anti-Obamacare side of the legal battle, Edwards has been sniping at him ad nauseam, accusing the Attorney General of acting to put some 900,000 Louisianans with pre-existing conditions out of their health insurance because they’ll lose their insurance if Obamacare were to go away.

That number is actually more like 90,000, and a bill Landry backed and helped to write which addressed their concerns passed almost unanimously at the Louisiana legislature despite Edwards’ carping nonstop about how Landry shouldn’t have been involved in the lawsuit (which was immaterial nonsense; the case would have gone forward with or without Landry’s involvement, and while the lawyers working in the Louisiana Department of Justice are often quite good it doesn’t particularly follow that the case will be decided based on what Landry’s people come up with as arguments).

Of course, no sooner did the bill reach his desk but Edwards signed it, and then proceeded to take credit for fixing the pre-existing conditions problem. This despite the fact there were more than enough votes in both the House and Senate to override Edwards’ veto had he issued one. That blatant attempt to glom on to the work of others after the fact was too much even for the Democrat activists handling the state capitol beat for Louisiana’s newspapers, who called Edwards out for his blatant dishonesty.

It’s a decent bet the 5th Circuit will have a ruling on the Texas v. Azar case well before the gubernatorial election. If that ruling invalidates Obamacare as unconstitutional, Edwards will have something of a political quandary on his hands. If he celebrates Obamacare being thrown out as unconstitutional and repeats his efforts to take credit for signing Landry’s bill, he’ll be repudiating months of his own rhetoric and trashing his credibility.

But if Edwards laments the ruling, which would likely take the flavor of bashing Landry for having ruined the health care of the Louisianans on Obamacare whose coverage wouldn’t be better, cheaper under a different legal regime, he’s not much better off. After all, the primary effect of Obamacare’s passage in Louisiana has been the Medicaid expansion, which has resulted in over 400,000 people having been added to the government healthcare dole in the state – and that’s down from nearly 500,000, a number which shrank after almost 50,000 people were dropped off the rolls for having been ineligible when Edwards added them to the program and then carried them on the rolls at taxpayer expense. If Edwards whines about Obamacare going down, he’s going to get pushback on his own fiscally reckless actions and he’ll be clobbered as being part of the problem with the government’s poor performance on the health care issue.

He really can’t win if Obamacare is struck down.

If the ACA ultimately survives Texas v. Azar, Edwards will probably do a touchdown dance and then claim Landry is an idiot for having joined that suit. The guess here is Landry wouldn’t be overly fazed in that event – his voters will at least appreciate the effort.