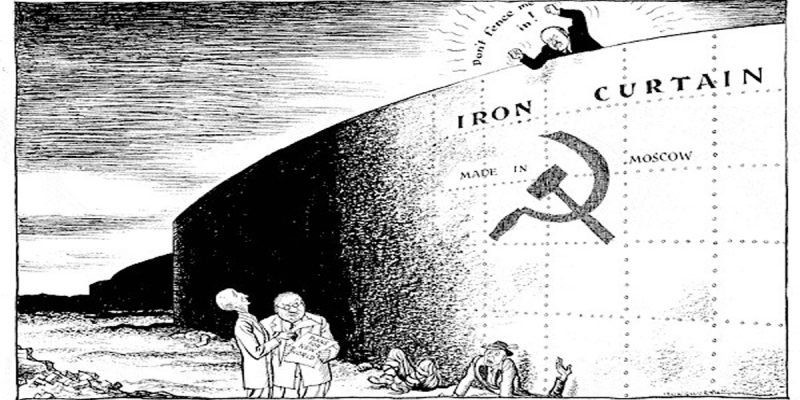 Editor’s Note: A guest post by William J. Smith, and the fifth in a series of posts detailing unnecessary and obsolete items of legislation to be found in the Louisiana Revised Statutes which could use repeal.

Imagine a scenario where places like Baton Rouge, New Orleans, and Bossier Parish can pass laws to prohibit sales of goods made in foreign countries based on a type of government that controls that country. Furthermore, imagine that scenario in which local cities and parishes have the legal power to ban trade with American allies such as Poland, Hungary, and parts of the former USSR, Czechoslovakia, and Yugoslavia in direct opposition to current Federal trade policy.

In Louisiana, such a scenario can exist thanks to the Louisiana Revised Statutes.

The Louisiana Legislature passed Act 48 in 1963 which allows Louisiana cities and parishes to pass laws to prohibit the sale of any goods made in any country controlled by Communists either directly or as a puppet state of another Communist country.

Louisiana Revised Statute 33:4789 allows Louisiana cities and parishes “to adopt ordinances to prohibit the sale and offering for sale of products manufactured or produced in any Communist country, any Communist controlled country, or any country which is a satellite of a Communist country, including but not necessarily restricted to products manufactured or produced in any form or manner in the U.S.S.R., Poland, Yugoslavia, Czechoslovakia, North Vietnam, Hungary, Cuba, Bulgaria, East Germany, North Korea, and Red China.”

Furthermore, the Revised Statutes also authorizes criminal penalties of up to $5,000 and/or up to two years in the parish jail for any violations of this law.

The law as it stands today allows cities and parishes in Louisiana to ban trade with American allies like Poland, Hungary, and Bulgaria. It also allows for banning trade with all the countries in the former USSR, Yugoslavia, East Germany, and Czechoslovakia which include many American allies in eastern Europe.

It is important that the State of Louisiana and all its cities and parishes have a trade policy which mirrors the trade policy set forth by the Federal Government. Having a State law on the books that allows local municipalities to set its own trade policy restrictions with goods made in foreign countries would create a legal and logistical mess for businesses throughout the State.

There are a lot of things done by the Federal Government right now that would be best handled by either the states, local governments, or the people. There are also many things done by the State Government that would be best handled by either our local governments or the people. Trade policy with foreign countries is not one of them. Matter of fact, this power to regulate trade with foreign countries is given to the United States Congress due to Article 1, Section 8, Clause 3 of the United States Constitution.

While the Louisiana Legislature needs to look at devolving some of the powers and responsibilities of the State Government back to the local municipalities, it needs to repeal Louisiana Revised Statute 33:4789 so that Louisiana’s trade policy stays in line with the U.S. Government trade policy.