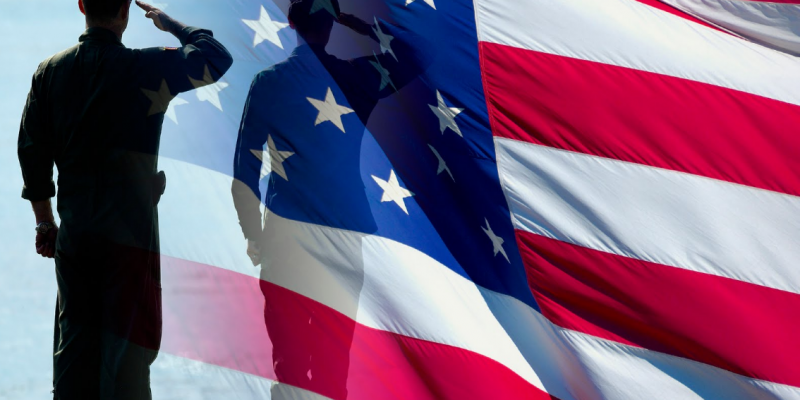 Approaching the 243rd year as a new nation on Independence Day, the personal-finance website WalletHub released the findings of its latest report, “2019’s Most Patriotic States in America.”

“Expressions of American patriotism come in many forms – from setting off fireworks during Fourth of July and buying American-made goods to paying taxes and serving in the armed forces,” Adam McCann, financial writer at WalletHub, said. “But some states are better than others at showing their national pride.”

To determine which 50 states are the most patriotic, WalletHub evaluated 13 key indicators of patriotism across two key metrics: military and civic engagement. It evaluated the average number of military enlistees and veterans, the share of adults who voted in the 2016 presidential election, and those who volunteer.

It should come as no surprise that the most patriotic state is New Hampshire, the first of Great Britain’s North American colonies to establish its own government on January 5, 1776. The Granite State was also first to establish its own state constitution and was one of the original 13 colonies whose leaders signed the U.S. Declaration of Independence. It was the ninth state to ratify the U.S. Constitution in June 1788.

The third state to join the union, New Jersey, ranked last, reversing course from its historic hallmark event still celebrated annually of George Washington crossing the Delaware River to defeat the British in a surprise attack, which reversed the course of the Revolutionary War.

The least ten patriotic states following New Jersey, according to the ranking, include two of the initial 13 colonies to declare independence: New York and Connecticut. Joining them are California, West Virginia, Texas, Indiana, New Mexico, and Illinois.

“I think most people consider themselves patriots, and in my view, there is no single state or group of states that is ‘most’ patriotic,” says Sean Michael Laurent, Ph.D. – Assistant Professor, Department of Psychology, University of Illinois. He emphasizes that his opinion reflects his views as “a private, informed citizen who cares a lot about this country.”

“Certainly there are places where people fly more U.S. flags and where more people would call themselves patriotic, but is that what patriotism is?” Laurent asks. “Perhaps the best way to be a patriot is by supporting your leaders when you agree, dissenting when you do not, but above all, trying to keep an open mind and make your country the best place it can be with your every action.”

“An individual who puts country before personal gain, country before their own comfort, and whose sense of responsibility puts country above personal honor,” Timothy Kneeland Ph.D., professor and chairman in History and Political Science at Nazareth College in New York says. “Recall the words of Thomas Paine in ‘The Crisis’ or the signers of the Declaration of Independence—they were patriots.”

Kneeland adds the top five indicators of patriotism are states that have the most residents who are serving in the military, are veterans, are involved in community service and civic engagement, vote and participate in the electoral process, and participate and celebrate in national holidays like Independence Day, Memorial Day, and Veteran’s Day.

Alaska, the seventh-most patriotic states, has the most veterans per 1,000 civilian adults, more than double the number of the state with the least, New York.

Although Maine didn’t rank in the top ten, it has the highest share of adults who voted in the 2016 presidential election, at 72.68 percent, 1.5 times higher than the state with the lowest share, Hawaii.

Fourth-ranking Utah has the highest volunteer rate of 51 percent, more than twice that of the state with the lowest, Florida.

The report also found that red states are more patriotic than blue states by roughly 5 percent.

Interested in more national news? We've got you covered! See More National News
Previous Article MARSH MAN MASSON: The Loser Has To Wash The Boat In This Fishing Competition!
Next Article Texas one of a few states that taxes fireworks