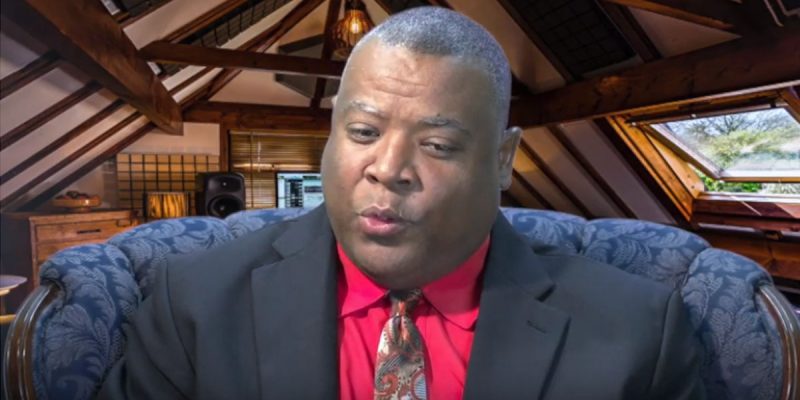 Qualifying for the 2019 Louisiana statewide election cycle, including the race for governor, takes place later this week, meaning it’s just about election season in the Bayou State. It’s around this time of year when you can usually expect surprises large and small.

And it turns out we’ve got one. From Facebook…

Potentially that means we could have a five-way race rather than the four-way race we’ve currently got going – John Bel Edwards, Ralph Abraham, Eddie Risone, Gary Landrieu and this guy, who is going by Omar Dantzler (his first name is Oscar) for the purposes of this race.

So who is Omar Dantzler?

He’s from Hammond, making him a resident of the same Tangipahoa Parish Edwards comes from. He’s a bus driver and a bail bondsman, and he’s a community activist who’s pretty good at causing trouble for the powers that be.

Here’s Dantzler in action, after there was a fracas in Tangipahoa when one of the school members there posted a picture of a noose on Facebook…

Dantzler used to be a policeman in Hammond, but he was fired in 1998 after he was caught sleeping in his police car. He alleged the real cause was racial discrimination; the judicial system wasn’t impressed. The case hung around for years as Dantzler kept filing lawsuits over the firing, but he never got anywhere with it.

Dantzler ran for mayor of Hammond in 2018, and got 12 percent of the vote. He’s run for office several times; hasn’t won yet.

We’re not mentioning this guy’s candidacy for governor because we think he’s a threat to win. He isn’t.

But what makes Dantzler interesting, in the event he actually does qualify to run for governor later this week, is he’d be in a position to challenge Edwards from the left – particularly on the issue of race which might be a very serious problem for the incumbent as the campaign goes on. There are several reasons we see race as a major problem for Edwards, most of which we’re not quite ready to talk about.

There is, however, as Jeff Sadow notes this morning, a percolating issue in West Baton Rouge Parish in which the black community is up in arms over a police shooting of a black man by a white sheriff’s deputy – and not without reason, as the bullet apparently hit the victim in the back of the head. We’ve seen before how such incidents can become a political hot potato, and Edwards’ long political alliance with West Baton Rouge sheriff Mike Cazes, an old-school white Democrat, could make for some friction with the black community.

Especially if you have a black candidate for governor who’s willing to make the West Baton Rouge incident an issue in the campaign, not to mention some of the other issues involving Edwards which might make him less than ideal for black voters (the ones we aren’t going to talk about just yet).

Republicans might like somebody with a little more name identification and political track record in the race, but otherwise Dantzler could be a tailor-made spoiler for the October primary. We’ve already seen how a candidate with no track record of political success, much less funding, can ride racial identity past others with better qualifications; that happened last year when Gwen Collins-Greenup vaulted past Renee Free into the runoff for Secretary of State simply because black voters supported her instead of a white Democrat with a better chance to win the general election.

Dantzler isn’t going to knock Edwards out of the runoff; that’s not in the cards. But between Landrieu and now his entry into the race, Edwards’ chances of getting to 50 percent in October and foreclosing a runoff election against either Abraham or Rispone are now very close to nil. With any money at all, Dantzler could simply put up yard signs or pass out campaign flyers in black neighborhoods with his picture on them and get the word out in the same way Collins-Greenup did last year that he’s the black candidate in the race, and a 3-5 percent showing is easily possible.

And that 3-5 percent would come courtesy of Edwards’ base, which would make it impossible for him to reach 50 percent. If Dantzler were to climb into the 6-8 percent range, Edwards could conceivably be in danger of coming in second in the primary in the event either Abraham or Rispone were to emerge as the overwhelming favorite on the GOP side.

We’ll see whether Dantzler performs at a level approximating Collins-Greenup’s showing last year, or anything remotely like it. If he gets a third of Collins-Greenup’s 20 percent of the vote, Edwards will be a wounded incumbent in time for the runoff.