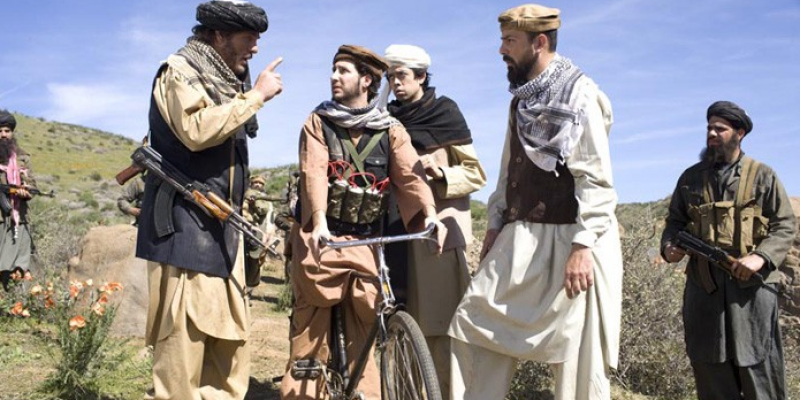 A lifelong Austin resident and former City Council candidate had a few questions about the infamous homeless camping ordinance.

She filed an open records request to the city, asking for the cost of cleanups for homeless camps and which dates the cleanings are scheduled.

The response from the city included an inquiry to the Texas Office of Attorney General, which cited a portion of the state government code:

“Those documents or portions of documents in the possession of governmental entity are confidential if they identify the technical details of particular vulnerabilities of critical infrastructure to an act of terrorism.” (emphasis ours)

“I don’t think any citizen or resident of Austin should be accused of terrorism when they just want to know where their tax money is going,” said Mackenzie Kelly, who filed the open records request.

Kelly told The Hayride the wording came as a surprise to her, and that she hopes the Attorney General’s office will issue their response quickly.

KLBJ-AM first reported on the incident this morning, indicating that since July 1, “the issue of the homeless being allowed to camp virtually anywhere in the city has sparked a massive backlash: “It’s something that has dominated discussions and remains one of the biggest issues the city faces. For years, the Texas Department of Transportation was in charge of cleaning the city’s many homeless camps [under state-owned bridges and on state land], but recently handed over the reins to the City of Austin, which reluctantly agreed to take charge of cleaning up the mess.”

Kelly filed her open records request on July 29, and received a response on Aug. 12 indicating that Assistant City Attorney Zachary Brown submitted the matter to the Texas AG’s office. See the documentation here.

Per KLBJ-AM, Brown argued the city cannot release that information because it encompasses sections 418.176 through 418.182 of the Texas Homeland Security Act, which protects certain information on “critical infrastructure” from public records requests.

“The information at issue describes several locations throughout Austin where public open spaces will be serviced by the City and cleaned in order to protect the public health and safety, as well as the security and economy of the City. See Id. § 421.001 (defining “critical infrastructure” to include “all public or private assets, systems, and functions vital to the security, governance, public health and safety, economy, or morale ofthe state or the nation”). Release of the requested information would hinder the efforts of the City to clean and maintain these public spaces, and providing members of the public information regarding when workers will be servicing these spaces reveals technical details of a particular vulnerability of these assets, namely the times that the spaces do not have workers present or are not under direct monitoring by the City.”

Per KLBJ-AM, the city did provide a few details, “but offered no specifics of the current spending, scheduling, or manpower required to clean up the campsites.” The station reached out to the city for a response but so far no answer.

Kelly ran for Austin City Council in 2014 in a crowded field for the newly created District 6, which encompasses the northwest portion of the city. She finished with nearly 10 percent of the vote via a largely word-of-mouth campaign.

From the hip: This deferral to the AG’s office is likely a stalling tactic. A new “homeless czar” is expected to take the helm in early September, and meanwhile this issue continues to gather opposition with nearly 25,000 signatures on a petition to rescind the ordinance. The city will strategically want to avoid adding any fuel to the fire before then.

Based on similar requests this writer has read and submitted, this process could possibly take several months, thus taking this out past any solutions offered under a new homelessness solution. It is likely the Attorney General will ultimately agree that the information is public so long as anything truly “critical” is redacted. We will follow up on this.

Disclaimer: The image used is a promotional still from “An American Carol,” a parody film made in 2008 featuring a memorable opening scene involving bumbling Islamofascist terrorists. Any similarities to Austin hipsters is unintentional.