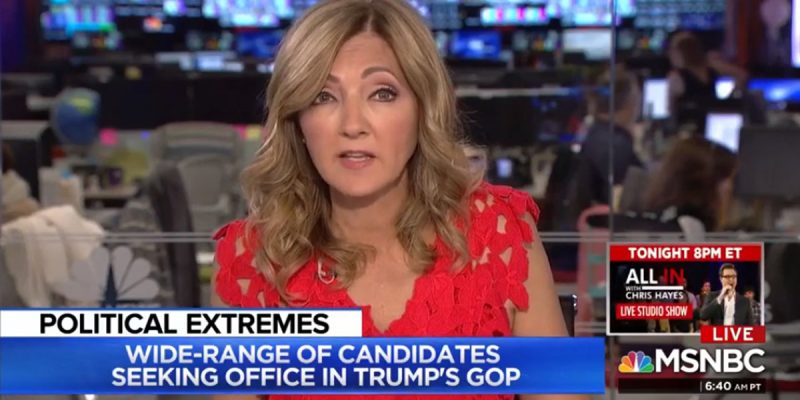 When Ralph Abraham’s camp released that ad earlier this week rattling off a list of quick takes nearly everyone in Louisiana would agree with but would nevertheless trigger out-of-state leftists into giving the congressman and Republican gubernatorial candidate a chunk of earned media, they expected his statement that as a medical doctor it was his educated opinion that only two genders exist would be the biggest hook in getting the reaction they were looking for.

Whether they realized just how much buzz they’d get is a good question, as is just how reasonable Abraham would appear after the imbeciles populating the leftist cable news shows began chewing on the “two genders” statement.

The funny thing about this is most transgender people – not that there are all that many of them in the first place, regardless of how much pandering to them the MSNBC crowd wants to do – would actually agree with Abraham that there are only two genders. They just think they ended up on the wrong side of that fence and they want to be the gender opposite the one their plumbing places them in.

We can have an argument over the sanity or prudence of that, but the point being that in order to find Abraham’s statement “incendiary” you have to be part of the subset of the small number of people identifying as transgender who identify as neither male nor female but rather as something else.

Otherwise the statement is not “incendiary.” It might be one you disagree with, though your argument isn’t likely to be very good, but it’s certainly a mainstream, defensible thing to say.

This is an almost pristing example of how to troll the Left, and how stupid some of these people are when they’re trolled.

Chris Jansing and the people who stock her teleprompter with MSNBC propaganda don’t even realize how they’ve made a caricature of themselves in swallowing whole the Left’s cultural aggressions. Normal people seeing her bleat about “incendiary” statements they would generally regard along the same lines as 2+2=4 are unlikely to ever be persuaded by anything Chris Jansing says in the future, and in fact would begin to regard Ralph Abraham as a safe port in the storm of insanity appearing on that network 24 hours a day.

The ad is brilliant in generating the effect it generated. One wonders if the MSNBC suits even realize what they’re doing for Abraham’s campaign. If there is a downside for Abraham it’s that Louisiana voters might regard this controversy as so stupid as to not be worth basing a vote on.

And if something is too stupid for Louisiana voters, who let’s say are easily distracted from substantice issues of public policy for various reasons, then you know it’s stupid.