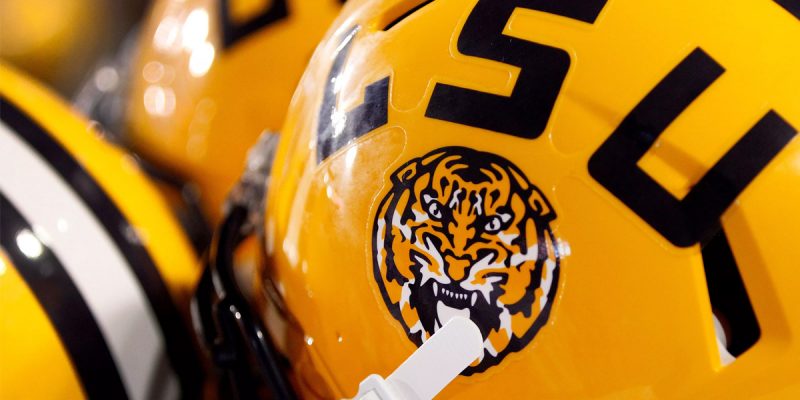 The kerfuffle over Louisiana State University’s new luxurious football locker room and by the school’s new athletic director signaling a subsidy elimination says less about the school’s priorities than it indicates public attitudes about higher education.

Some observers seemed aghast that $28 million in private donations specifically for athletics would go to such a palatial setup, lamenting that the school couldn’t pony up similar dollars for its academic pursuits. A few days later, Athletic Director Scott Woodward said his department potentially would reduce, if not eliminate its annual subsidization, of school academics when he noted a reevaluation of the policy was on the way. In an arrangement almost unique in academia, among a handful of schools where athletics makes a surplus, LSU athletics has given the academic side an average recently of $10 million annually.

This possible policy shift could have developed from a federal tax change that took place last year with the ending of tax deductibility of seat licensing, from which LSU athletic foundations have received huge sums now partially dried up. But likely there’s another reason as well, as articulated by Woodward: “In both places [where Woodward worked previously, Texas A&M and Washington], on average they give 1.5 times more to the academic side. I’m sure that’s the case here.”

Exactly. Nobody put a gun to donors’ heads to make them give to these foundations. They earmarked their gifts for athletics, not academics. Which illustrates the problem in Louisiana: the citizenry and alumni in particular don’t value higher education as they should relative to athletics.

Let’s start with Woodward’s two examples. The Texas A&M system – enrollments in which are about twice as much as in the LSU system’s – has the eight-largest academic endowment. Washington (not the private school, which has the 16th-highest) ranks 35th, having an enrollment a few thousand more than LSU’s.

And where is the LSU system? At just under $900 million, it sits 125th, with the five just above being the athletic juggernauts and behemoths in numbers of alumni Loma Linda, Rochester Institute of Technology, Oregon, Oberlin, and Bryn Mawr, followed by Carleton, Massachusetts, Bucknell, Denison, and Claremont McKenna. Its endowment is one-third of Washington’s and one-fifteenth of A&M’s.

Tying together the locker room reaction and Woodward’s reevaluation: this should be no controversy because endowment money ought to be adequate enough so as not to make academics appear wanting. Further, the two kinds of giving don’t have to compete.

Reviewing the most successful major college athletic programs in the country in major sports, in football over the past five years they have been Alabama and Clemson; in men’s basketball Duke and Villanova, and in baseball Vanderbilt. Their endowment rankings, respectively: 73rd, 148th, 14th, 155th, and 24th. And perhaps the most successful in that span across a multitude of sports, Oklahoma (three football playoffs, a men’s basketball Final Four, two Women’s College World Series championships and another championship series appearance, most of the men’s and women’s gymnastics championships, and a tennis and golf championship to boot), ranks 62nd.

The fact is, Woodward’s probably wrong abut Louisiana. It’s much more likely that people give 1.5 times more to the athletic side than academic side, not the reverse (we don’t know for sure because the data aren’t public).

In part this may occur as the state system of higher education as a whole is overbuilt, even as by the metrics it hardly is underfunded, discouraging donations from those wishing to see a more efficient use of their tax dollars. But, more to the point, the state has a long history of instructing its people that they bear no individual responsibility for their own educations by having, until recently, absurdly low tuition rates and fees while making the guy behind the tree pay for most of it for almost anybody who could fog a mirror. And it still persists in telling its families higher education is a right to all mediocre and above students by giving away to them almost entirely paid-for tuition through the Taylor Opportunity Program for Students.

While Louisiana higher education bears some blame for creating an environment that discourages valuing it, ultimately individual attitudes must change from within the public itself to change this situation. Alumni in particular have to shift their giving, or supplement it, towards academics. Higher education (and elected officials whose laws affect what campuses can do) can help by weeding out its inefficiencies – and not shoot itself in the foot by doing the opposite such as with LSU’s “holistic” enrollment which defines Louisiana higher education’s current dysfunction.

You can’t spend more on academics if the money isn’t put there by donors, and you can’t ask the public to pad an inefficient system until you change that. Until higher education reforms earn the right to receive more from taxpayers, donors, who need to shift their framing away from success sought through their gifts in athletics to academics, must take up the slack to improve funding of Louisiana academia.

Interested in more news from Louisiana? We've got you covered! See More Louisiana News
Previous Article The RGA And Stewart Cathey Have The Two Best Ads We’ve Seen So Far This Cycle
Next Article Fed: Large percentages of Americans aren’t saving or planning to retire