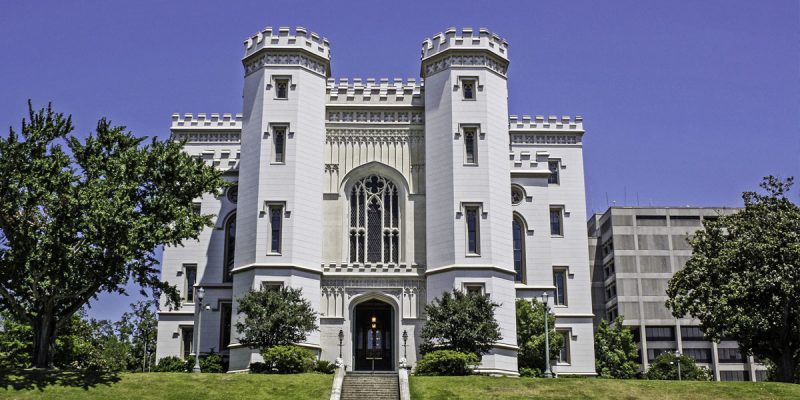 Yesterday was the Pelican Institute’s Constitutional Convention Forum, a detailed and deep dive into a subject many of us who are tired of seeing Louisiana bring up the rear of all of those public policy metric rankings are quite interested in seeing happen soon.

It wasn’t quite an all-day event, but it did go from lunch to dinner with five different panel discussions on the key issues surrounding efforts to write a new Louisiana constitution. The organizers intended to get a discussion started on that question, and yesterday’s forum appears to have accomplished that objective.

Your author would like to see a constitutional convention called, as Louisiana has some structural deficiencies in its body politic which can’t be fixed without a new foundational document. That said, watching the discussions yesterday, it strikes me that what the reform-minded folks want to do with a new constitution is going to be a lot harder than perhaps anyone might think.

For instance, there was a panel discussion headed by Robert Travis Scott of the Public Affairs Research Council on perhaps the most important reason the state needs a new constitution – namely, that Louisiana’s legislature is hemmed in by dedicated funds which restrict its ability to allocate money to proper priorities within the budget. Those dedicated funds routinely pile up giant surpluses which pervert the purpose behind them; either those surpluses pile up and eventually get swept into the general fund when a Bobby Jindal comes along, which gets everyone in a lather about “one-time money,” or, to keep from losing those funds in a sweep the agencies operating with those dedicated funds proceed to find things to spend them on and in so doing grow government.

What doesn’t happen is that the money gets returned to the people who earned it in the first place, and the state’s economy suffers.

A lot of this problem can and should be taken care of by the legislature, as the dedications are found in state statutes rather than in the constitution. But to fix the bulk of it, you’re going to need to change the constitution.

And it struck me that the majority of these 400-plus dedicated funds, at least the ones set down in the constitution, got there because the voters put them there. In most of those cases there was a constitutional amendment which was brought up in the legislature, passed, sent to the voters and passed. That amendment in question might have been stupid policy, but it was consecrated by a vote of the people.

So if you set up a new constitution which frees up the money – again, something which would be a very good idea to do from a policy standpoint – essentially what you’re saying is you think voters will be more likely agree to repeal something they voted for 400 times than something they voted for once. In other words, it’ll be more popular to throw out all of the dedicated funds they support than just go get them individually.

I suppose that’s possible, and I hope it is, because the dedicated funds need to go and the legislature needs to be accountable for producing responsible, tight budgets which fund needs but not waste and bloat. But I’m not sure how confident I am that the voters are going to do what needs to be done.

Then there is the question of who attends a constitutional convention. The convention called in 1973, which produced Louisiana’s current constitution, included delegates from each House district plus 34 people appointed by the governor to represent a host of special interests. Those delegates weren’t state legislators per se.

There is the thought that a new convention would bar state legislators from being delegates. That seems like a good idea, as legislators will want to warp that process to change the state’s balance of power in the direction of the legislature. I’m not sure that wouldn’t be a good thing, but it’s worth crediting it as a potential problem. And the point of a constitution is to get reform, which the legislature isn’t all that well known for.

But if you bar sitting legislators from being delegates, who’s most likely to end up with those jobs? I can’t help but think the answer is former legislators. Especially with term limits bouncing so many of them out of the legislature. And any state constitution written by the J.P. Morrells, John Alarios, Danny Martinys, Pat Smiths, Barbara Nortons and Sam Joneses of the world I want no part of. In fact, I would be much more comfortable with the legislature that will be in office next year writing a new constitution than I would be with a convention made up of the names above.

So that’s a concern.

There was a panel on the executive branch and the relationship between the state and local governments, something which desperately needs to be reoriented. Interestingly enough, while everybody talks about how powerful Louisiana’s governor is there really isn’t anything all that special about the constitutional setup of the executive branch in Louisiana. Our governor’s powers are about average by comparison. He gets to appoint some 2,000 people, though, which is something like 10 times more than Texas’ governor does. But otherwise, it isn’t the constitution which makes for such a powerful governor in this state – it’s tradition.

And tradition tends to flow from the wishes of the people involved in it.

So if you write a new state constitution, you’re going to contend with the tendency toward a huge administrative state and a powerful chief executive, which Louisiana has largely because of the French and Spanish influences in the state (something it was pointed out yesterday was a factor in Third World dysfunction all over the world, particularly where French and Spanish colonial history were involved). And that tradition isn’t going away in a new constitution; you might be lucky if it doesn’t end up getting worse.

What I’m concerned about is that while Louisiana has structural problems it also has people problems. It has a major problem with ordinary folks holding zero trust in political leaders, and for good reason. That lack of trust means writing a new constitution and getting the voters behind the idea of ratifying it is going to be close to impossible.

I hate to say this, but getting this done will probably depend on the presence of a powerful, popular governor with a vision for truly making the state competitive with its neighbors and simply willing the thing into being by bullying, cajoling and maybe even bribing stakeholders into getting on board. I don’t know if that’s on tap with any of the candidates running this fall.

It was good that this subject received the treatment it did yesterday. We might have a better handle on the task ahead if Louisiana is to get a new constitution. But it seems a tougher job now than it did before.

Nothing, of course, would happen with John Bel Edwards in office for the next four years. The real task ahead has to be getting him out of the governor’s mansion before any discussion of a new constitution, and what it might look like, can be had.