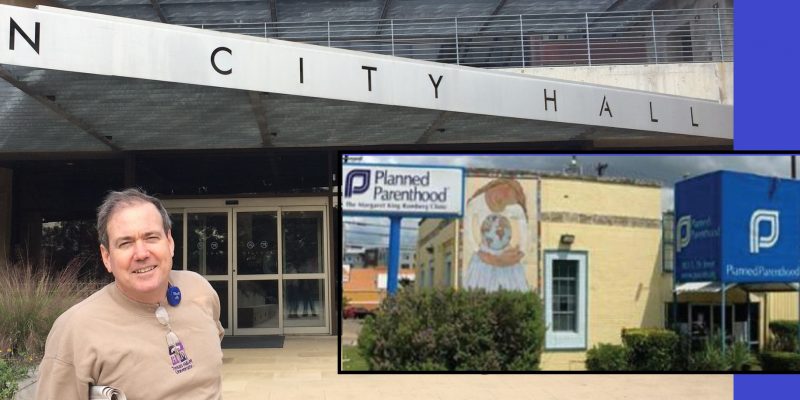 The city of Austin set aside $150,000 in its proposed 2020 budget to provide transportation, lodging, childcare, and counseling to women seeking abortions.

This, according to Council members speaking in favor, is in retaliation to recent state laws that protect the life of the unborn. Or as left-leaning Vice News summarized in a headline today, “Austin Just Gave Texas Law the Finger, Voted to Fund Abortion Access.”

The City Council amended the proposed budget Tuesday night, meeting opposition from one Council member, Jimmy Flannigan from the city’s northwestern district. Flannigan was not arguing from a pro-life position but rather that Travis County taxpayers should foot the bill for rides to an abortion provider.

It was Flannigan’s recent rival, former City Council member Don Zimmerman, who wasted no time in filing a lawsuit against the city, seeking a court-ordered stop to spending any money on “abortion access.”

According to a copy of the lawsuit, provided to The Hayride by Zimmerman, the named defendants are the city of Austin, Mayor Steve Adler and abortion-enabling organizations the Lilith Fund for Reproductive Equity, the Bridge Collective, and Fund Texas Choice.

Zimmerman said he is suing Adler for the city’s ultra vires (legal term for beyond one’s power or authority) action by providing taxpayer money to abortion-assistance organizations, in violation of the recently enacted Senate Bill 22, as well as other statutes.

According to the suit, the city has claimed that organizations such as the defendants “are not covered by the prohibitions in Senate Bill 22, because they do not fall within the statutory definition of ‘abortion provider’ or ‘affiliate.'”

On the contrary, according to the lawsuit, the city’s expenditures violate another Texas statute that imposes criminal liability on anyone who “furnishes the means for procuring an abortion knowing the purpose intended.”

Zimmerman is a candidate for Texas House of Representatives District 47, seeking to unseat a Democrat, Rep. Vikki Goodwin, who beat a longtime Republican incumbent in the West Austin metro district. Also in the Republican running are Justin Berry, Jennifer Fleck, Jenny Roan Forgey, and Aaron Reitz.

This story is developing. Check Thursday for an update or any available statements from other candidates.

Disclaimer: This reporter worked as constituent services director for Zimmerman from 2015-16.