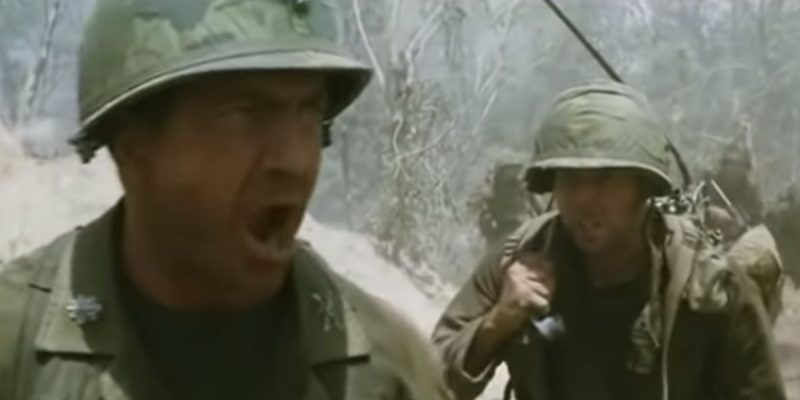 Sooner or later in every political campaign, somebody in the race will lose his or her nerve and do something stupid that disqualifies him or her from being able to win. That’s the best way we can explain the mistake Eddie Rispone’s consultants made in their disastrous choice to slime Ralph Abraham with a list of weak attacks in a 30-second ad which popped out onto the scene Monday afternoon.

Rispone also popped out an attack ad, that one on John Bel Edwards, which goes after the governor on the criminal justice reform issue. That’s worth another post in itself, which we’ll deal with tomorrow.

There was immediate pushback when the attack on Abraham leaked out. We know of at least two very prominent conservative leaders, not to mention several prominent officials in the state GOP, who implored Rispone not to go through with airing the spot and suggested negative consequences would follow if he did. So far as we can tell, those admonitions fell on deaf ears. The AP’s report on the ad…

Rispone’s 30-second spot, which his campaign said will start airing Tuesday, pans Abraham for reneging on a promise to donate his congressional salary to charity and for missing congressional votes. It says he voted with Democratic House Speaker Nancy Pelosi hundreds of times.

The ad also hits Abraham, a third-term congressman from northeast Louisiana, for a 2016 statement suggesting Donald Trump should consider stepping aside from the GOP presidential nomination after a recording emerged in which Trump boasted about groping women.

Rispone’s communications director Anthony Ramirez immediately took to Twitter to defend the spot, essentially by reiterating everything it says…

What part of any of this is baseless?
✅ Said he couldn’t afford pledge to donate $522k
✅ Bought brand new plane for $539k+
✅ Called for Trump to step aside in 2016
✅ Most absent member of Congress
✅ Voted with Pelosi 327 times #lagov https://t.co/GRE3m7hmVl

The issue isn’t really that the charges the ad makes are baseless or untrue (whether it’s fair at all is another story), it’s that they’re stupid things to attack Abraham on, there are too many accusations hurled in one 30 second spot, and worst of all Rispone pledged not to attack Abraham in this campaign – something he promised mostly because almost every Republican who’s still in Louisiana is also still disgusted about the mess the 2015 campaign turned into because the three Republicans beat each other senseless and let Edwards skate to victory.

There was an agreement and understanding by everyone in Republican politics that this couldn’t happen again. And now Rispone’s campaign has done it.

There’s a Vietnam-era military term which applies to a situation in which a field commander finds that the enemy has closed on and overrun his position and he’s been cut off from a retreat, and his only option is to call in an airstrike right on top of his own troops.

That term was “broken arrow,” and perhaps the best example of it comes from the Mel Gibson flick We Were Soldiers – watch the scene here.

That’s what this was. Rispone’s campaign has plateaued in the polls, hitting as high as 19 percent before dropping down to 16 in Bernie Pinsonat’s poll last week. We’ve heard rumors that polls conducted last week but not yet released have Rispone even lower, indicating he might have peaked.

Dropping this ad on the airwaves is an indication, and an unmistakable one, that Rispone’s campaign people have judged they can’t climb over Abraham without going negative on him.

We’re here to tell you that they can’t climb over Abraham at all. Not with this ad, and not with the piss-poor messaging that the Rispone team has had from day one of this campaign.

But before we explain that, let’s first make sure everybody understands something – which is that Eddie Rispone has been a fighter for conservative causes and one of the best assets the Republican Party in Louisiana has had for a lot of years. He’s a good man who we believe got into this race for the right reasons and we would be very pleased were he to become governor of Louisiana. This is not a negative judgement of Rispone.

It is, however, a negative judgement on his campaign staff, made up as it is by a whole bunch of highly-paid people the majority of whom are not from Louisiana and have never run races here.

The consulting firm Leverage Public Strategies, out of Birmingham, which has been paid upwards of $50,000 since April according to campaign finance reports, is owned by Blake Harris, the political consultant who currently serves as the chief of staff to Tennessee governor Bill Lee, and Heather Wilson – not the same Heather Wilson who recently served as the secretary of the Air Force. Neither, to the best of our knowledge, has ever worked a race in Louisiana.

Ditto for Bryan Reed of Arlington Heights, Illinois, who has been paid $60,000 since April as the campaign manager.

Then there’s the ad team of Something Else Strategies of Easley, South Carolina, which since April has reeled in just over $200,000 to produce Rispone’s TV ads which everybody has complained about. One employee of Something Else, Mandy Fraher, lives on the Northshore and has run a Louisiana race; she was the campaign manager for John Kennedy’s failed Senate race against Mary Landrieu in 2008 and, to the best of our knowledge, has not been involved in an in-state race since. How much involvement Fraher had in the production of those commercials we don’t know.

Brian Sanderson, of Three Oak Group based in Ocean Springs, Mississippi, has also never worked a Louisiana race before to the best of our knowledge. Sanderson, who so far has been paid about $42,000, is an alumnus of the Haley Barbour political machine in the Magnolia State.

To the best of our knowledge Grand Rapids, Michigan political consultant Jordan Gehrke hasn’t run a Louisiana race before, either. He’s been paid $183,000 since April to do a “statewide modeling program” which we’re assuming is what’s driven the strategy behind those ads.

And the carpetbagging nature of Rispone’s consultants has shown through loud and clear, because this campaign has been one of the least-engaged, least plugged-in statewide efforts we’ve ever seen.

Rispone almost never does interviews on TV and radio. He almost never appears in debates, though he’s scheduled to appear in the first televised one Thursday. He waited until the end of July to launch his TV campaign, and when he did it was with a couple of ads which asserted that voters ought to pull a lever for him because he supports Donald Trump and doesn’t like illegal aliens.

Those ads didn’t resonate with Louisiana voters. They irritated more people than they attracted. Louisiana voters might not be the sharpest tools in the shed, but the ones paying attention to campaign ads in July were at least sophisticated enough to wonder what support for Trump and favor for building the border wall had to do with running the state of Louisiana better than John Bel Edwards could.

Later, Rispone aired ads better suited to defining himself as a businessman who knows how to run things. He debuted a biographical spot earlier this month which does a really nice job of telling his life story – how he came up poor in North Baton Rouge, built a business and so on. Virtually everyone we talked to after that spot launched scratched their head and wondered, “Where was this spot in March when it really would have helped?”

Poor strategy. Just terrible. Rispone had people asking him all the way back in the spring when he was going to go up on TV and define himself, and the campaign’s response was always “Just wait. Once our TV blitz starts, our name ID problem will go away and this campaign will change dramatically.”

Well, the last two public polls of the race, Pinsonat’s poll and the Remington Research poll from last week, agree that Rispone’s name ID is no longer a problem. Remington found only 28 percent with no opinion of Rispone and the SMOR survey had only 17 percent with no opinion. That should be a good thing, but it isn’t. Not when Rispone is underwater 31-41 on approval (Remington) and 37-43 (SMOR).

This is a candidate who has spent more than $5.2 million in the past two months, mostly on TV ads, has had only one negative hit on him, that weak Gumbo PAC ad essentially accusing him of hiring illegals on jobsites (an attack we here at the Hayride did a lot better job of answering than Rispone’s campaign did, by the way), and after all that money and all those ads he’s underwater on approval.

We can’t even describe how bad a job these consultants have done for Rispone so far. It has been absolute highway robbery. Nobody should ever hire these people to run a campaign in Louisiana again.

And after the polls start turning, and the accountability starts to come due less than two weeks before early voting begins, the carpetbagging Rasputins running this underachieving mess of a campaign light off the “Broken Arrow” airstrike as a desperation heave. Which makes Eddie Rispone, who has a reputation as a good and fair man whose word is his bond, a liar for having taking a pledge not to attack Ralph Abraham.

We hate that it’s come to this, and we don’t want to see this ad, which Rispone was bombarded with calls and texts all day Monday pleading with him not to air, end up as the lasting legacy of his gubernatorial run. Especially if it has the effect everyone is terrified of – namely, that it paves the way for John Bel Edwards to get re-elected in the primary on Oct. 12 because the Republicans, as in 2015, spent time beating each other to pulps.

What would be a way to avoid that, and to be remembered as playing a positive role in this campaign, would be for Rispone to dump these out-of-state consultants and the awful messaging they’ve saddled him with, hire someone with a record of winning campaigns in Louisiana, and go all out in an effort to burn John Bel Edwards to the ground in advance of that primary election. Do that, and Monday’s mistake of an ad will be forgotten – because even if Rispone doesn’t make the runoff he at least will have helped a Republican get there.

But we’re worried Rispone has been captured by the Gehrkes and Reeds and Sandersons, who have his ear to the exclusion of many of his longtime friends and supporters, and we’re concerned this is only going to get worse. Especially when, as we know will happen starting this week, the negative reaction from around the state produces a slew of endorsements and support for Abraham.