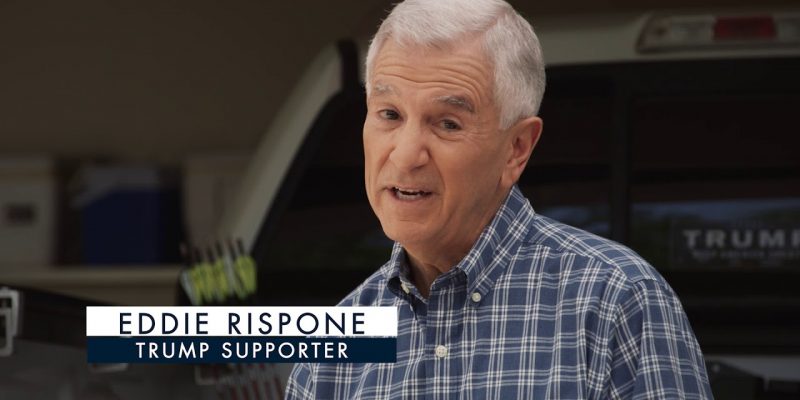 I’m getting deluged with e-mails and other messages from The Hayride’s readers screaming about the two ads Eddie Rispone is currently running as he leads off his gubernatorial campaign media blitz focusing on his support of President Trump and outlining where he stands on illegal immigration. It’s clear most of you are not impressed with those ads and see them as a missed opportunity for Rispone to make a big splash with the electorate in Louisiana.

If you haven’t seen these spots, here they are. This was the first one…

…and this was the second.

From the standpoint of somebody who is highly engaged in Louisiana politics, these two ads are hideous. I’ve had some of you tell me they’re an insult to your intelligence, and that illegal immigration is the least of Louisiana’s problem.

I don’t disagree with any of that. If I was Ralph Abraham’s camp, I would be tempted to rip Rispone’s campaign by saying that there are damned few illegals in Louisiana largely because thanks to John Bel Edwards’ taxes and regulatory mismanagement there are no jobs for the illegals to do – after all, those illegals have to come in through Texas from the border to get here, and by the time they’ve made it to San Antonio they’ve probably found a better job than half our citizens can get.

And as we’ve said here at the site, you’re going to run into some difficulties with the statements on immigration in these spots – not so much because they’re wrong per se as because you’re going to get bitched at by the state’s media over them. For instance, there is the Advocate’s half-dead columnist James Gill, who today has a piece essentially poo-pooing on the idea that New Orleans is a sanctuary city. That’s an old controversy, and while you can quibble over definitions there is no question the government in Orleans Parish is not doing all it can to insure our immigration laws are being enforced within its borders. The City of New Orleans went so far as to sponsor a protest in front of ICE’s field office downtown, for crying out loud, which gave Rispone a perfect opportunity to jump on the issue and establish the case for New Orleans as a sanctuary city.

It’s not that Rispone is wrong. It’s that the state’s media is going to call him a liar and interfere with his message. Rispone’s camp is betting that the majority of Republican voters in the state are so hostile to the James Gills and Stephanie Graces of the world that nothing they say will matter to them. I imagine he’s probably right about that, though you’d prefer to be leading with messaging everybody agrees is true. I don’t even know if that’s possible given the state of Louisiana’s media right now.

A little more problematic is the discussion of illegals getting welfare. We know nationally that’s absolutely a real thing. What we don’t know is how big a thing it is in Louisiana. If there has been a study on the number of illegals catching housing assistance or food stamps or other government aid in Louisiana as compared to other states, we haven’t seen it.

What that means is at some point you’re going to have John Bel Edwards denying that Louisiana gives out welfare to illegals. And when he does that the state’s media is going to jump on that statement and endorse it. And without an authoritative study on the subject it might be tough to establish that this is a real problem a new governor will need to prioritize.

So from a technical perspective, and one heavily engaged in policy and state issues, this is all a major loser.

But that’s not the perspective Rispone’s campaign is going after right now.

In our poll of a week or so ago, we had Rispone at 6.5 percent. We had John Bel Edwards catching 26 percent of the Republican vote against Ralph Abraham and 29 percent of it against Rispone.

Everybody reading this can probably agree that Republican voters who, after four years of economic malaise and ballooning state budgets with no tangible progress to show for them, still think John Bel Edwards is worth voting for are, to put it mildly, not the most sophisticated political observers around.

And almost a quarter of them are currently saying Edwards is an acceptable vote this fall.

Obviously these people are the keys to either Abraham or Rispone winning. They have to be peeled off Edwards, and you would think that can’t be all that hard to do. John Bel Edwards has done nothing to hold those voters other than sign the fetal heartbeat bill which was authored by a Democrat, after all.

Trump endorsing either Abraham or Rispone, which he will do once there is some clarity as to who the Republican candidate in the race will be, probably shakes loose a bunch of them. But in the meantime, how do you get to them?

Well, you can talk about taxes and you can talk about outmigration and all the other things we harp on over and over again here at the site. But these people aren’t Hayride readers. Lord knows what they read. People Magazine and the funny papers, maybe.

You have to give them the “this is a football” speech if you want to reach them on their level.

And that’s what these ads are doing. They’re an attempt to establish, with the lowest common denominator voter, that Eddie Rispone is a conservative outsider businessman just like Trump, and just like Trump Rispone is pissed off about illegal immigration and wants to do something about it.

If you’re a Republican and you hate these ads you’re likely either (1) part of the 6.5 percent who are already in Eddie’s camp for reasons totally separate from Trump and immigration, (2) in Abraham’s camp for whichever of the multiple reasons it makes sense to be in his camp, or (3) undecided and willing to vote for whichever one of these guys ends up in the runoff against Edwards – but engaged in state issues. And none of those groups is the target of these ads.

He’s trying to pick up five or 10 percent of the vote and put himself within striking distance of Abraham while peeling votes off Edwards. And his polling indicates the target audience isn’t going to move based on attacks against Edwards on things like taxes or the other stuff we talk about all the time. Rather, those voters will move based on identification with Trump as opposed to the Left or the NeverTrumper crowd in DC, and the immigration issue is, right now, the bedrock issue in all of American politics.

Let’s remember that all of these voters watch Fox News. They don’t watch the local news every day. So immigration and the border are more important to them than stuff that actually affects the state in a major way, because those are the issues which get through to them.

There is another piece to this as well. Rispone’s camp thinks they have a major ace in the hole against Abraham, which is that in October of 2016 after the Access Hollywood tape came out, Abraham had a moment in which he threw up his hands and figured Trump was finished. He even popped off and suggested Trump get out and let Mike Pence have a shot as the nominee.

Abraham was hardly alone in thinking those tapes were curtains for Trump. There is some support for the idea that Trump himself thought he was cooked at that point. But Rispone’s camp thinks voters are going to hear about Abraham’s having suggested pulling the plug on Trump and conclude that makes him a Washington swamp-dweller and a closet NeverTrumper, and they’ll choose Rispone of the two as a result.

Which is why there are Trump signs in the background and a Trump sticker on the truck and references to Trump, Trump, Trump all over those two spots. Rispone is for Trump and Abraham is not.

The majority of you reading this are probably shaking your heads and muttering “It won’t work, it’s a waste of money.” You might be right. That has certainly been my personal reaction to these ads. I hate these two spots, though I recognize they’re not aimed at me.

On the other hand, every single one of us is at a loss to understand how John Bel Edwards is not at 25 percent approval after expanding Louisiana’s budget by 30 percent while shrinking the state’s economy and running what will likely be a net 100,000 people out of the state over four years. It’s clear that for some reason Louisiana’s voters have lost engagement with things which should be obvious, and consequently it ought to be clear that re-engaging them is going to take different tactics than we intuitively think would do the trick.

Rispone’s people are trying something new. We’ll see if it moves the numbers. And he won’t be talking about Trump and immigration for the whole campaign. There will assuredly be more ads to come.

Interested in more national news? We've got you covered! See More National News
Previous Article Zerwas, Miller Exits Make For 3 Retirements In Same County: What Gives?
Next Article GUILLORY: I Am Black, Not Democrat – Deal With It