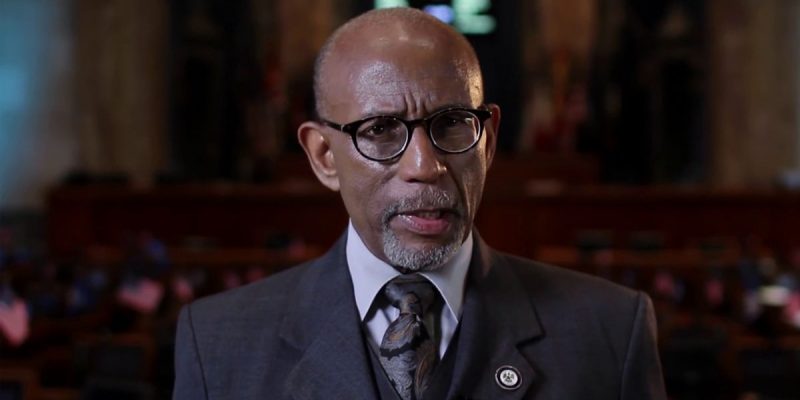 Last week, liberal actress/activist, Bette Midler tweeting a picture of black Trump supporters attending one of the President’s rallies. She alleged that these men must have been paid to attend. She even went as far as to call them the “blackground.”

Bette Midler just said On July 24, 2019, that she thinks black men cannot think for themselves but are willing to be bribed. Bette Midler is saying it is all about the Benjamins for black men. She is the definition of a racist. pic.twitter.com/b4BbZJ6QG8

Can you IMAGINE the liberal media hysteria if someone named Trump, or ANY other white Republican for that matter, tweeted the word “BLACKGROUND”?

Bette Midler, like most closed-minded liberals, truly believes that SHE knows what’s best for the black men pictured. She clearly assumes they are unable to think for themselves. Privileged, closeted racists, like Midler, believe the only legitimate explanations for black conservatives are that we must be getting paid or we must be too stupid to know better. This “plantation mentality” has permeated all levels of Democrat politics and their liberal partners in the media.

The identity politics employed by the left are no longer intended to provide a voice to a voiceless group. Instead, their tactics are focused on forcing allegiance to the Democratic Party through fear and shame, painting any and all other options as racist, unrealistic and absolutely UNACCEPTABLE.

As one may imagine, when I, Elbert Guillory, formerly of Rutgers Law, a former Louisiana State Senator, and current Minority Outreach Director for the Republican Party of Louisiana saw this ridiculous assertion tweeted by Ms. Midler, I was outraged. For generations, privileged white Democrats, have been telling black people what to do and how to vote – and Ms. Midler’s comments are just the most recent example.

What happened next, is all too familiar for people like me. A liberal, white reporter from The Daily Advocate/Times-Picayune took exception to MY tweet. DID YOU SEE WHAT THE ANGRY BLACK MAN SAID TO THE NICE WHITE LADY? He even went as far as to alert my “bosses” that I had the audacity to stand up for myself.

That’s right, a white reporter, employed by a guy who spent his college years at Tulane, running around with people in blackface, tried to get a black man in trouble because I had the nerve to stand up to a racist old white lady on the internet.

Soon, other white, local, liberal activists joined in and began telling me to delete my comment, letting me know “I was better than that.” Which is just another way of telling me that THEY know better. THEY know what is best for me.

And people wonder why I left the Democratic Party.

The black vote in Louisiana is so taken for granted by the Democrats that local pollster Verne Kennedy recently admitted that he doesn’t really care what black voters tell him when he conducts polls – he just assumes any candidate with a (D) behind their name is guaranteed to get 9 out of 10 black votes.

Black voters in Louisiana are tired of being told by washed-up white actresses and up-and-coming white reporters that WE don’t really have a choice when it comes to politics.

We ALWAYS have a choice.

And I choose to speak up.

Interested in more national news? We've got you covered! See More National News
Previous Article There Is A Method To The Madness With These Eddie Rispone “I Love Trump” Ads
Next Article Recording Emerges As ‘Texas 10’ Demand Answers About Speaker’s Offer To MQS