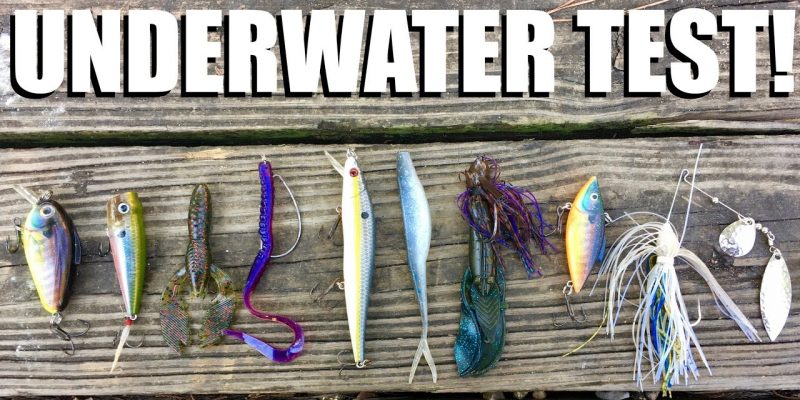 It’s universally understood among anglers that certain groups of lures are more productive in stained water than others, while other lure categories attract more bites in clear water.

For instance, I’m a big fan of jerkbaits in water that’s the prettiest I can find in South Louisiana, but I would definitely opt for something different if all I could locate was water with the clarity of top soil. Maybe a hook-laden shovel, perhaps?

But is that simply an unfounded bias on my part? What about other lure groups? Do they show up better in stained water?

To find out, I toted my underwater camera down to my neighborhood boat dock and ran an assortment of lures — including a spinnerbait, crankbait, jerkbait, Rat-L-Trap, jig-and-trailer combination, plastic worm, craw, Fluke and popper — in front of the lens.

The water was stained but not filthy; I’d rate it about a six on a 10-scale. What I discovered is that some types of lures would likely attract more interest from fish in that clarity than others, based merely on visibility. Obviously, fish use more than just sight to key in on prey — especially the lateral lines that run from head to tail — but vision is not unimportant. If it were, fish wouldn’t have eyes.

To see how the lures looked for yourself, check out the video below. Hopefully, you’ll learn as much as I did.

Like the video? Please give it a thumbs-up, and subscribe to the Marsh Man Masson channel on YouTube. Also, leave a comment below or on the YouTube page. Which lure group did you feel looked the best? Would you change your go-to lures in stained water after viewing the video? What are some other underwater tests you’d like to see?