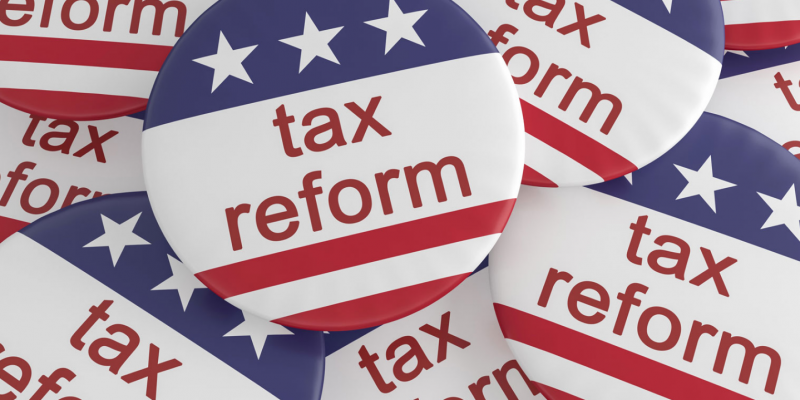 Tax reforms and transparency laws have turned around entire state economies over the past decade, a recent  by the Institute for Reforming Government (IRG) highlights.

“Recommendations in this report should serve as a roadmap for lawmakers because it evaluates successful tax reform policies and the process to achieve them, while illustrating the need for tax reform around the country,” Rob McDonald, IRG’s chairman of the board, said

IRG points out that states have been at the forefront of tax experimentation, before the federal government enacted the individual income tax in 1913. They have also led the way in tax reduction and reform measures, the report states.

Wisconsin was the first to implement an income tax in 1911. One hundred years later, the Badger State was facing wage stagnation, and was mired in tax burdens and unable to bring in or keep businesses from leaving.

Things turned around after the state Legislature passed the 2011 Wisconsin Act 10, which “saved public employers more than $3 billion, including $2.35 billion in pension costs,” the report states, coupled with the Manufacturing and Agriculture Credit, which created 42,000 new jobs.

In 2013, Republican Gov. Scott Walker signed Act 20, which cut personal income tax rates in every tax bracket, reduced the number of brackets from five to four, and provided 17 tax deductions or credits. These changes resulted in savings of $650 million over two years to taxpayers.

By 2014, state revenue surplus was nearly $1 billion. By 2017, property taxes were cut by 4 percent, the state-assessed property tax (the Forestry Mill tax) was eliminated, and the state’s Alternative Minimum Tax (AMT) was repealed.

Over the eight years of the Walker administration, tax cuts of $8 billion translated to a savings of $3,478 for the average household. Property taxes on a typical home were slashed by $3.6 billion to a rate lower than they were in 2010, while home values rose.

Another example highlighted in the report is the economic comeback of North Carolina, which began in 2010 after voters elected a Republican majority in the state Legislature.

North Carolina had one of the most uncompetitive tax codes in the nation prior to 2013 reform, IRG points out, with the highest individual income tax bracket in the Southeast at 7.75 percent.

According to the Tax Foundation, North Carolina’s total state and local tax burden was the 20th highest in the nation and higher than all but one of its competitor states in Fiscal Year 2012. The tax climate for job producers was worse, having the highest corporate income tax rate in the Southeast of 6.9 percent.

The 2013 reform package cut taxes more than $500 million in the first two years, followed by additional legislation in 2015 that reduced the personal income flat tax.

The 2018 legislative session marked the fourth consecutive year of tax reforms, including a surplus returned to taxpayers resulting from the 2017 Tax Cuts and Jobs Act.

“The correct approach to reform is dependent upon the unique tax bases, budget priorities, and fiscal structure in each state,” the authors of the report say. “Successful tax reform is not simply about reducing tax rates. It must consider how lower tax rates will broaden the tax base by attracting more families, jobs, and new businesses that in turn will provide revenues to pay for necessary government services.”

Pointing to other successful policies, IRG recommends that state legislatures enact taxpayer controls to limit spending or other policy changes before lawmakers can increase taxes. It also suggests that they simplify tax laws by reducing and combining tax brackets, reduce tax rates on personal income and business income, and broaden the tax base, among other measures.