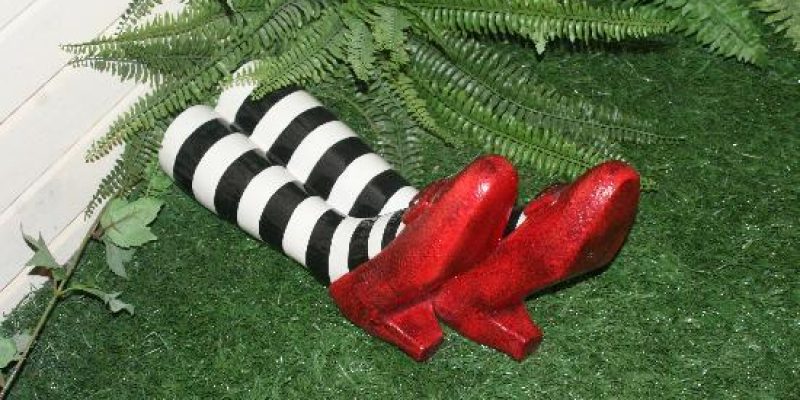 This Friday the 13th was particularly unusual in a usually quiet Austin, Texas, suburb.

Let’s back up to Thursday the 12th: The Cedar Park City Council was in regular session, and present were councilors Tim Kelly and Dorian Chavez.

Chavez and Kelly are each outspoken conservatives, having recently taken some heat from organized Leftists, radical gay rights activists, and even practitioners of the occult for opposition to an embattled children’s drag queen story time at a neighboring city’s public library. It happens around notoriously “weird” Austin.

But this cabal included an actual witch coven that promotes liberal politics. The Wiccan coven is upset about Chavez and Kelly’s political stances and calling on them to resign.

Judging by their reactions, you would think Chavez landed in Oz and inadvertently squashed the Wicked Witch of the East!

Nonetheless, Chavez grew weary with what he considered to be continued harassment of conservative Cedar Park residents, and took to a Facebook video to draw attention to it.

Chavez named the “Satanic” coven (his word) along with Indivisible and Antifa as a coalition of Leftist activists who have “no problem” with doxxing or harassment of conservative activists.

“These groups are the true fascists,” Chavez said, in his video address.

He added he would stand up for any resident of Cedar Park, regardless of ideology, but is opposing what he called the “singling out” of conservative citizens.

“If the conservative residents of Cedar Park do not wake up, and become more active you will lose your way of life as we know it. I will fall on a sword a 1,001 times for you to keep the evil away — the Social Justice Warrior bullcrap. You think I’m kidding … if you don’t agree with them, they will go after everything you have.”

Kelly then took a shot at nearly 3 a.m.: a time he believes to be significant for his spiritual opponents:

Those offended by Kelly’s post immediately took to atheist and Wiccan message boards. It was soon picked up by a blog popular by atheists, which mistook the name of the city for a local park.

The post gained about 78,000 hits, 31,500 engagements, and 1,700 comments, according to Kelly — most mocking him, but almost all brought in by the hype generated on atheist, Wiccan, or Pagan message boards. After bantering here and there with certain commenters, Kelly noted of the odd coalition:

Funny how the atheists and radical agnostics are on here mocking superstition and “sky-deities” and the Wiccans and Pagans are just taking it.

Don’t worry: I will always defend people of faith — even if I pray against your rites and rituals!

From the hip: The story here isn’t so much the Council members defending against pockets of liberal activists with some out-of-the-norm religious beliefs, but the unusual coalition that responded en masse to Kelly’s and Chavez’s posts. It’s especially strange considering that some of the ones upset about the Council members blurring some line between “church and state” mentioned that they were using spells and rituals to remove them from office!

Politically speaking, the response to Chavez and Kelly underscore a common misconception in modern American politics: That while someone is in an elected position, they personally must remain entirely, publicly neutral in matters of religion and spirituality (particularly if that official is a Christian).

The coalition against Chavez and Kelly also underscores a key liberal philosophical tenet, which is to “subvert the dominant paradigm” — in this case, atheists (and even a few self-proclaimed “anti-theists”) are A-okay with Wiccans and Pagans so long as their target is the same. However, we were informed by some of the commenters that there can be atheist Pagans and Christians who are witches. Who knew?

There was also some banter about whether “actual” witches (or even serious adherents to Satanism) exist — they apparently do, but the definitions are legion and tend to vary greatly from individual to individual.

We provide some of the spicier ones from Kelly’s Facebook Page for the enjoyment and/or bemusement of our readers. Make your own spiritual judgments.