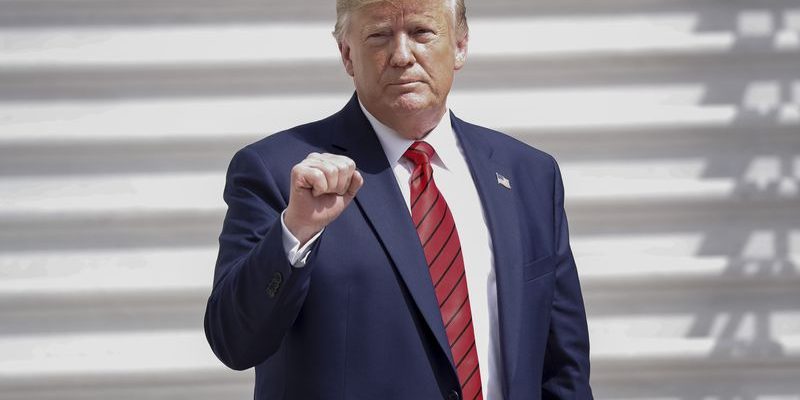 After the longest war in the history of our country, it is time for our troops to return home. In 2001, America responded to the horrific terrorist attacks of 9/11 by sending our military to Afghanistan on a mission to destroy Osama Bin Laden and Al-Qaeda.  We were successful in destroying their terrorist camps, killing and capturing Al-Qaeda leaders, and forcing Bin Laden out of the country.

Amazingly, our military is still in Afghanistan, although the Taliban control over half of the country. Of course, President Trump and his supporters want to bring these troops home, but he is facing enormous resistance within the government, including the Defense Department.

During the war in Afghanistan, the administration of President George W. Bush invaded Iraq in 2003 to remove Saddam Hussein from power. It was believed that he harbored weapons of mass destruction; however, none were ever discovered. Eventually, Hussein was captured and executed, and, fortunately, Bin Laden was also killed in Pakistan in 2011 after a daring Navy Seal Team 6 mission.

After many twists and turns in Iraq, the terrorist group ISIS was largely destroyed, the country was stabilized, and most of our military forces departed. Today, the United States maintains 5,000 troops in the country.

While some military presence in the region is worthwhile to monitor terrorist strongholds, it does not have the same type of importance for our economy. When Iraq invaded Kuwait in 1990, this region of the world was incredibly important to our economy. Today, while it is still critical to Europe and other areas of the world, it is not as vital to the United States. Fortunately, our country does not “need” their oil, we are energy independent for the first time in many decades.

This independence should give our country ample reason to bring many of our troops home. After 18 years of fighting and spending trillions of our American tax dollars in the region, we are still engaged in the “war on terror.” The results have been mixed, with not only a strong Taliban remaining in Afghanistan, but also a situation in Iraq which is very complicated.  While Iraq is more peaceful, terrorist activity has not been eliminated. Looming over the region is the destabilizing influence of Iran, the world’s largest supporter of terrorist activity.

When the Arab Spring movement started in 2010, governments in the region fell. For example, Libya transitioned from a dictatorship to total chaos, more terrorism, a breakdown of the country and an environment which led to the attack against our consulate in Benghazi.

In Syria, an even more chaotic situation developed as a brutal civil war erupted. The country has been torn apart, as refugees have flooded Europe and other areas of the world. Today, Syria remains fragmented and a magnet for terrorist activity.

The United States sent approximately 1,000 troops to Syria, presumably to fight ISIS and other terrorist groups. However, what is our national security interest in Syria? In fact, we should not be involved in an internal battle in Syria as some of these groups have been warring for centuries.

The United States will not be able to end such longstanding conflicts, so our troops should not be stationed in the middle of these battles. Therefore, President Trump was correct to order our military to leave the northern Syrian territory near the Turkish border. These troops may have been killed when Turkey invaded Syria to root out Kurdish fighters operating in the region.

Today, the President deserves tremendous credit for orchestrating a “permanent cease-fire” between the Kurds and the Turks in the region. In return, we are lifting the sanctions on Turkey that were imposed after their invasion of Syria. While some troops will remain to protect Syrian oil fields from ISIS, this mission is in line with our goal to prevent the terrorists from using these resources to build their organization.

With the cease fire and the protection of the oil fields, the President’s policies in the region have been vindicated. It is tragic that so many members of Congress voted to support a resolution condemning the President’s Syrian policy. Only 60 GOP members, mostly affiliated with the Freedom Caucus, did not vote for the resolution.

Sadly, many of the establishment politicians in both parties support never ending wars. Most of these political swamp dwellers hated the message of Donald Trump in the 2016 campaign.

With his recent actions, the President is fulfilling another campaign promise. This important pledge was to put “America First” and bring our troops home. It is what the American people supported, in that election, and it is outrageous the so many in Congress, the media and the Deep State are trying to negate the 2016 results and the wishes of the electorate.

Interested in more national news? We've got you covered! See More National News
Previous Article Trump: ISIS Leader “died like a coward” at hands of US Special Forces
Next Article MASSON: The 7 Worst People You’ll Meet On Every Fishing Forum