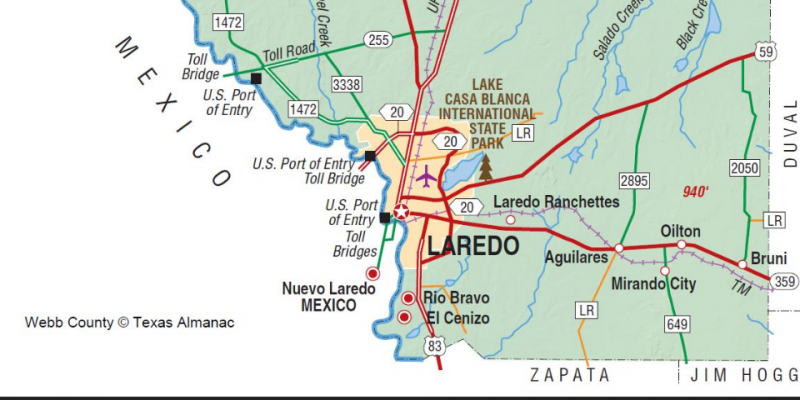 The Laredo metro area’s share of extreme poverty – neighborhoods where at least 40 percent of residents live below the poverty level – is the highest in Texas, according to a new analysis from the website 24/7 Wall St.

Among the metro area’s poor population, 54.2 percent live in neighborhoods where four out of 10 residents live in poverty, the analysis found. The overall poverty rate in the metro area is 31.5 percent.

Extreme poverty affects 27 out of 60 neighborhoods in Laredo, 24/7 Wall St. found. And the unemployment rate in these regions is 7.2 percent.

Only five states in the nation – Alaska, Delaware, New Hampshire, North Dakota and Wyoming – have no metro areas with neighborhoods affected by extreme poverty, according to the study, which incorporates data from the U.S. Census Bureau.

Residents of the high-poverty neighborhoods are 50 percent less likely to be homeowners or have a college education compared to other neighborhoods, 24/7 Wall St. reported. And residents are twice as likely to be jobless than those who live in more affluent areas, the study said.

Cities With the Most Concentrated Poverty, by State

Interested in more news from Texas? We've got you covered! See More Texas News
Previous Article Trump Pens Letter To Erdogan: “Don’t be a tough guy. Don’t be a fool!”
Next Article SADOW: The Resistance To St. George Illustrates The Backward Attitude Of Louisiana