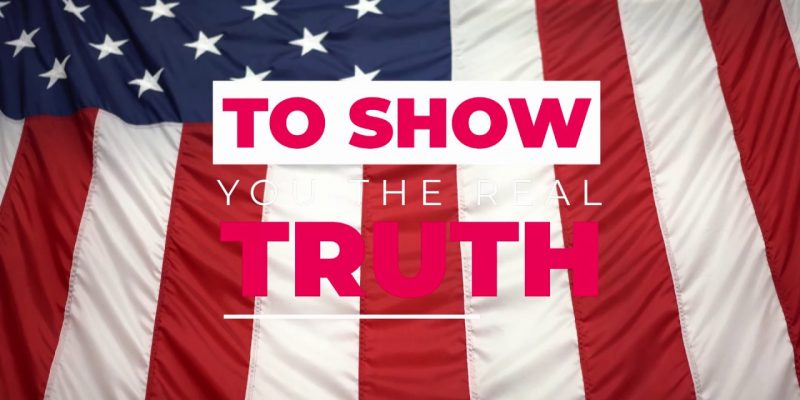 This is only two minutes’ worth, and you can get through it and should. You should, because it’s a fascinating case study in narcissism and monomania which shows precisely why Ryan Gatti doesn’t need to be re-elected in Senate District 36.

And here’s the commentary that goes with it on YouTube…

If this don’t get you fired up – your wood is wet! This is why we work for Sen. Gatti!

Saturday Night Sen. Gatti spoke from the heart to 200 supporters at his home. We were all shocked at the results. We all thought he would win easily. But almost one million dollars in our of area PAC money was spent ruining Sen. Gatti’s good name. After his speech we are all left fired up. We cannot let this seat be taken by a person special interest moved in at the last minute. Bossier, Webster, Claiborne and Beinville is not for sale. We need to keep out local accomplished leader in office! Shreveport already has four senators, they don’t need a fifth.

Don’t let the negative fake news cause us to be the first district stolen by a stranger who just moved here last year. Geaux Gatti!

“Our district is so unique that special interest groups were willing to move someone from Shreveport into our district to run against me and smear my name in the process. I don’t know why the lobbyist thought no one, not one of the 120,000 folks living in District 36 were good enought to be your Senator. Not even me.

I have met many folks in the district over the last four years that love our district and could be a great senator. The thing that should bother us as residents of District 36, is why did the lobbyist and special interest pick him. You have to live in the state for 2 years and in the district for 1 year to be the senator.

My opponent hired a political consultant from Baton Rouge in May of 2018 while he was living out of district in Shreveport. My opponent moved into Benton from Southern Trace in June of 2018 and announced for the senate seat almost immediately.

A small business owner told me the other day ‘Ryan it makes me mad that the special interests thought none of us living here were good enough to be the senator for the district, BUT what bothers me more is out of the 4.1 million folks living outside the district eligible to move last year and run against us– Why did they pick him?’”

If he will put his house up for sale, move his step kids from their high school and plant himself in Bossier for a senate seat— can you think of anything he won’t do for special interests?

Join our campaign to keep this seat held by someone from the district.

How laughable is this? Well, let’s see.

First, Robert Mills beat Ryan Gatti throughout the district by 10 points, 48-38. That wouldn’t indicate the voters in SD-36 are as torqued up over the Mills-As-Carpetbagger narrative as Gatti might like to think they are. Particularly given that Bossier Parish, where Gatti is howling is being “stolen” somehow by “special interests,” went for Mills over Gatti by an even larger margin, 53-34.

Let’s not forget that Gatti only won election in 2015 by a 51-49 margin over Henry Burns. It isn’t like the voters in SD-36 are particularly convinced about this “favorite son” business.

And who are the “special interests” he’s talking about? Generally speaking, when you start hearing from politicians about “special interests” you should run for the hills, because what they mean is they don’t want you to know they have a lousy economic record. Gatti is a wholly-owned subsidiary of the most egregious “special interest” of all, that being the trial lawyers – who have put out a call throughout their ranks to give max-out donations to three entities for the runoff election: John Bel Edwards, Gumbo PAC and Ryan Gatti.

The other fun piece to this is Gatti’s claim that somehow “the money” is coming against him. This when he’s outspent Mills by a considerable margin in the SD-36 race. Gatti is more representative of “the money” than anybody else in northwest Louisiana, and here’s how that’s gone…

The idea that Robert Mills was “moved in” to District 36 to run against Gatti, as though Mills had no agency in that decision, is also a bit peculiar. As we understand it Mills’ family had been from that area going back generations, and he lived in Southern Trace to be closer to his work at the Calumet refinery. When he retired he went back where his family was from, and that put him back in District 36.

It seems like Gatti thinks it’s all about him. Which is the flavor the entire video takes on. District 36 is going to be “stolen” from the people who live in it because Ryan Gatti loses an election? Really?

This whole thing is so bizarre as to make it notable. It looks more like a psychiatric meltdown than a re-election campaign. And the hard-sell from the trial bar on Gatti’s behalf got to be too much for a key player in the politics of the district – that being state representative Dodie Horton, who had resolved to remain neutral until she saw that trial lawyer fundraising e-mail and changed her mind…

District 9: This will be a long post, but I feel that I must share this with you. As many of you know, I have not endorsed a specific candidate in the District 36 Senate race… despite the enormous pressure to do so.

Why? When we were still in the 2019 Legislative Session, I gave my word to Ryan Gatti that I would not get involved in his race. I even sent him a text saying just that, which I have honored these many months.

What does that mean? That means that we have the votes to override a Governor’s veto! We can have a new Louisiana that tears down Huey Long’s broken and corrupt foundation. We can replace it with policies, laws, and constitutional changes that promote and encourage free-markets, jobs, and more jobs!

After much prayer, I am now compelled by a tremendous sense of duty and urgency to share with you the Senate candidate that I must vote for. Because of what is at stake with this election, I feel with everything in me that I would be doing all that live in District 9 a disservice by maintaining my silence – especially since every conservative organization in our parish and state have endorsed the candidate that they feel will be the best person who will join us in our quest of creating a new Louisiana that you all can be proud of.

Knowing that every vote in the Senate is vitally important to moving Louisiana forward, I join my conservative colleagues in endorsing Robert Mills for Senate.

Transparency has consistently been of upmost importance to me as we are all neighbors, friends, and hardworking people who desperately desire for Louisiana to be a state that finally lives within its means, cuts burdensome regulations, and legislates citizen friendly tort reform that actually results in lower auto insurance rates.

The attached letter clearly shows that John Bel, Ryan Gatti, and the leftwing Gumbo PAC are desperate to keep the trial attorneys’ gravy train going. This letter clearly puts all three of these entities on the same team. A team that is clearly more concerned with protecting their wallets than yours!

Their team isn’t my team. And unless you’re a trial lawyer, it isn’t your team either! This letter compelled me to publicly state who I’m voting for. I hope it serves as a wake up call for you and makes your decision making process much easier!

Mills came close to hitting 50 percent in the primary. He only needs a little more than two percent of the 14 percent Democrat Mattie Preston received in order to win the runoff, though what’s more likely is that turnout will favor the more conservative Mills in a runoff electorate which is typically older, whiter and more conservative.

But the District 36 race, which is a little bit of a microcosm of the governor’s election, is likely to take an ugly turn. The volume and screech factor of Gatti’s web video is a dead giveaway that’s coming.