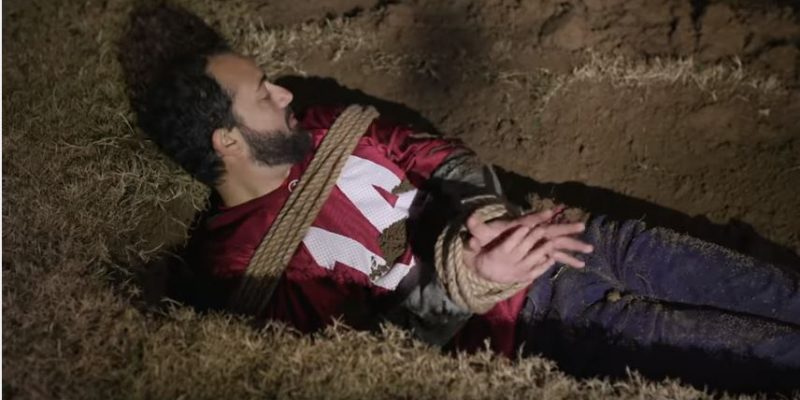 Please, Auburn, as a desperate plea from nearly everyone across America not breeding in Tuscaloosa, do us all a favor and win the Iron Bowl tomorrow.

I can’t believe I’m saying that. I despise Auburn. And there’s just something about Gus Malzahn.

Please, War Eagles. Do us all a solid. Bury these guys once and for all–as should have happened after LSU rolled into Bryant-Denny Stadium on November 9 and took it to the Tide–and make college football fans from east to west, from Salt Lake City to Norman to Waco to Baton Rouge, go crazy and party like it’s 2019.

Once again the Auburn Tigers and Alabama Crimson Tide will clash in what is arguably the most heated rivalry in college football. Auburn boasts one of the best defenses in the country, while the Tide–even without All-American quarterback Tua Tagovailoa–is still considered by too many in the media to be the unstoppable offensive juggernaut worthy of playoff discussion that often involves the bendiest of mental gymnastics.

Wait, I’m sorry. It really doesn’t take much bending on their part, not in the mental sense anyway. What they do is simply follow the sheep. They babble like idiots their little in-vogue phrasing that surely is making every college football fan not dressed in crimson cringe and roll their eyes….

What is a freaking eye test? I mean, yes, obviously I get it, but really, think about it. What is an eye test when those eyes and that test is watching a team go through their regular season having played one ranked team, Texas A&M, who is now no longer ranked? If Alabama were to run up 100 on the South Beauregard junior high football team, would the eye test be used in this case as well?

Here’s part, and there are many parts, of the hypocrisy: those same eyes and that same test deemed an LSU Tiger team, who had defeated four Top-10 opponents this year–including that same Alabama team in Tuscaloosa–the most since Miami won four in 1987, no longer worthy of the No. 1 ranking, even after a 56-20 thrashing of Arkansas. I’d get into Ohio State and their schedule and their sluggish win at home last week over the mighty Nittany Lions, and how with stunning alacrity they leaped LSU into the No. 1 spot in the poll, but why bore you with things you already know.

The reality is that the committee dropped LSU because, after last week’s win over lowly Arkansas, it would be the last time they could do it and save face (kinda). They certainly couldn’t do it after LSU destroys a decent Aggie team this weekend and then (potentially) beats a top-4 Georgia team in the SEC Championship next weekend. And they dropped LSU because they are playing checkers with the teams still in it, arranging the board in a way that will allow for their darling Alabama Crimson Tide and their shameless head coach to sneak in yet again to a championship position they didn’t earn.

I used to like Nick Saban. He’s no Gus Malzahn.

Saban actually said the words Auburn is probably the best team we’ve played this year. It’s not a direct quote, but see the article. Why did he say this about a 7-3 team who was beaten by LSU, who also beat the Tide? Because he needs the playoff committee to believe that this potential victory over a 15th-ranked team should somehow catapult the Tide, according to–you got it–the eye test! that they are more deserving than a one-loss Pac-12 champion in Utah or a one-loss Big 12 champion in Oklahoma or Baylor.

All four of these teams are comparable in terms of who could get in, assuming Georgia is knocked out with a loss to LSU next weekend, of course. But the thing with Alabama is that it would be the third time in nine seasons (2011, 2017) that they would be able to sit at home on conference championship Saturday and still be rewarded just as much as the winner of said championship game. It is how the 2011 LSU team ended up 13-1 with an SEC title and victory over Alabama and the Tide ended up 12-1 with the national title. But none of this common sense matters in the world of college football. It’s like gaslighting in the field of psychology. Fans know they’re being lied to, tricked, manipulated, duped, but none of it matters. It all continues. Media darling Bama just keeps sticking around. Like cockroaches, they are.

I do have to hand it to ESPN’s Mike Greenburg. On his show Get Up, he blasted the college football playoff committee for dropping LSU to No. 2, and his analysis of the drop’s connection to Alabama is spot on. His emotion would make even Stephen A Smith proud.

And it’s all largely being fueled by ESPN, despite what some outlier media members might say.

Interested in more news from Louisiana? We've got you covered! See More Louisiana News
Previous Article IG estimates: Social Security pays billions in benefits to those with no numbers
Next Article ONE OF OUR (EAUX)WN: Burreaux Changes Name, SEC Record Books in Tiger Rout