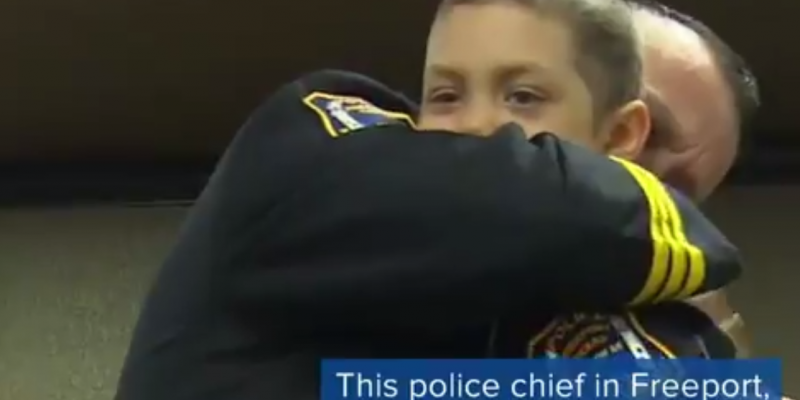 A little girl suffering from a reportedly incurable cancer wants to be a police officer when she grows up. With no known cure it’s unlikely that that will happen. Freeport, Texas, Police Chief Ray Garivey decided to swear in 6-year-old Abigail Arias, as an honorary member, to make her dream come true. The ceremony brought him and others to tears.

She promised to keep fighting bad guys (cancer in her body) until it was gone.

The video is still making its way around social media, after first being posted in February.

Support and love for Abigail and Chief Garivey is still pouring in.

Interested in more news from Texas? We've got you covered! See More Texas News
Previous Article PERRICONE: A Quick Statement On The Impeachment Mess
Next Article Texas husband and wife are officially the oldest married couple in the world