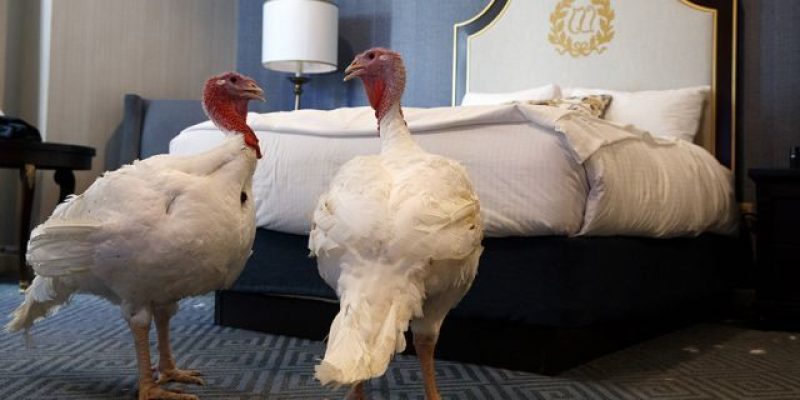 President Trump on Tuesday will pardon two turkeys at the White House ahead of Thanksgiving — a decades-long tradition. But this year, the two turkeys are having fun at the Willard Hotel.

Bread and Butter, two male turkeys from North Carolina, are expected to be pardoned during a ceremony in Washington, D.C. at 11 a.m. EST, as the two vie for the title of “National Thanksgiving Turkey.”

“The Presidential Turkeys have arrived in DC! The two birds are settled in at The Willard Hotel after their trek from North Carolina and are resting up for the big ceremony on Tuesday,” the White House posted on Facebook.