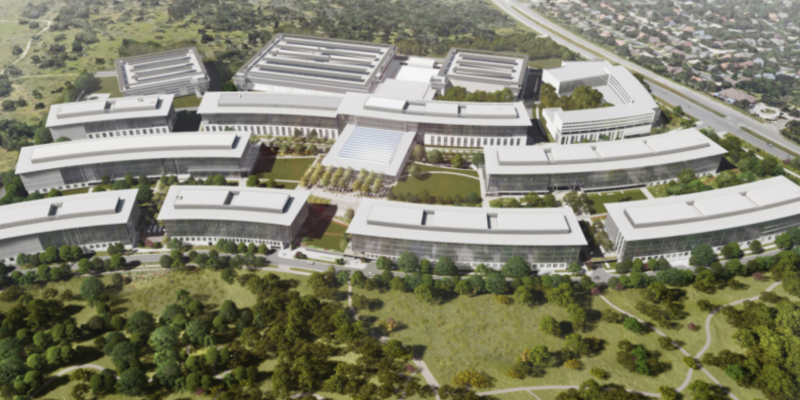 Apple is expanding its operations in Austin, with plans to add 15,000 jobs and a 50-acre nature and wildlife preserve open to the public on its new $1 billion campus.

The Trump administration said it is considering exempting Apple products from a 15 percent tariff that took effect Sept. 1, or roughly $110 billion worth of Chinese imports on goods including Apple Watch, AirPods and parts for the iPhone, according to Bloomberg News.

Another 10 percent tariff is expected to go into effect Dec. 15 if the U.S. and China do not reach a trade agreement. The tariff would include many consumer electronics manufactured in China, including iPhones and other Apple products.

Apple says its increased commitment to invest in manufacturing, engineering, and job creation in the U.S. is focused in several cities. The company plans to create at least 1,000 new jobs initially in each of seven cities: Austin, Boulder, Culver City, New York, Pittsburgh, San Diego and Seattle.

Apple already employs 7,000 people in Austin, an increase of more than 50 percent over the past five years. The new campus will initially house 5,000 employees, with the capacity to grow to 15,000.

The newest generation to the high-end Mac Pro laptop product line will sell for $5,999 and be available in December. The Mac Pro is one of only a few Apple products currently built in the U.S.

“Building the Mac Pro, Apple’s most powerful device ever, in Austin is both a point of pride and a testament to the enduring power of American ingenuity,” Apple CEO Tim Cook said in a statement. “With the construction of our new campus in Austin now underway, Apple is deepening our close bond with the city and the talented and diverse workforce that calls it home.”

During the tour, Cook showed components of the computer to the president, explaining which parts were created in the U.S.

“Tim Cook is somebody that I greatly respect,” Trump told reporters. “Apple is doing fantastically well, and we are honored by what you are doing.”

The new 3 million square-foot facility being built is located roughly five miles from the Palmer facility. Housed on 133 acres of land, Apple announced the facility will be surrounded by more than 20 varieties of native Texas trees covering more than 60 percent of the property. In partnership with Austin-based Bartlett Tree Experts, the landscaping will also include a 50-acre nature and wildlife preserve, which will be open to the public.

Interested in more news from Texas? We've got you covered! See More Texas News
Previous Article Left for dead in a dumpster this young man is now a multi-millionaire [video]
Next Article Trump’s turkeys Bread and Butter spend a few days at the Willard Hotel ahead of Thanksgiving [videos]