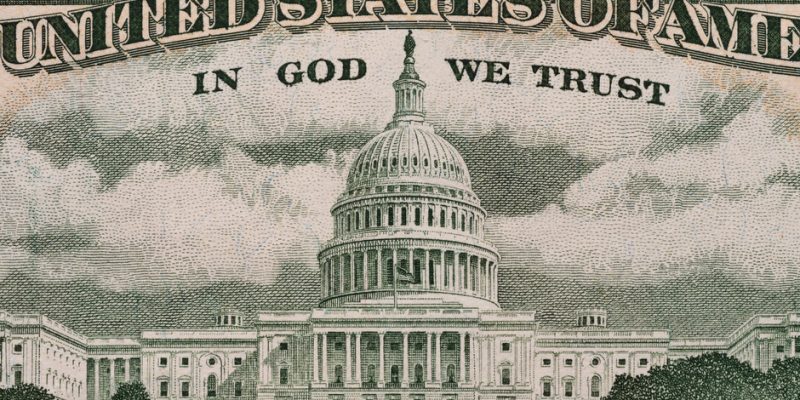 The move to do so came after Gov. John Bel Edwards signed a bill into law in May 2018 requiring public schools to display the motto “in each building it uses and in each school under its jurisdiction” by the 2019-2020 school year.

The law was introduced by Democratic State Senator Regina Ashford Barrow. The bill specifies that how the motto is to be displayed was to be “determined by each governing authority.” It also needs to at least be a paper sign displayed publicly.

The law also requires students to be educated about the U.S. flag and “patriotic customs” by fifth grade, as part of a social studies curriculum. Instruction about “In God We Trust” is also required as part of this instruction.

“This is our national motto. It’s also on our currency. So I think it’s really important that we ensure that young people understand the patriotic history of our country and how it was founded and its purpose,” Barrow said when discussing the bill in April 2018.

No one in either chamber objected to the bill, which passed unanimously in both chambers.

Louisiana is not the only state where public schools will be required to display the motto this year.

The motto, “In God We Trust,” was first imprinted on the 1864 two-cent coin, according to the U.S. Department of the Treasury. Under President Eisenhower, a 1956 law declared “In God We Trust” as the national U.S. motto.

Similar bills were also signed into law and went into effect in 2019 in South Dakota and Kentucky.

Interested in more national news? We've got you covered! See More National News
Previous Article 2019: the year of mass exodus from California
Next Article Biden Not Only Liberal But ‘Idiotic,’ Democrats ‘Dangerous’ (VIDEO)