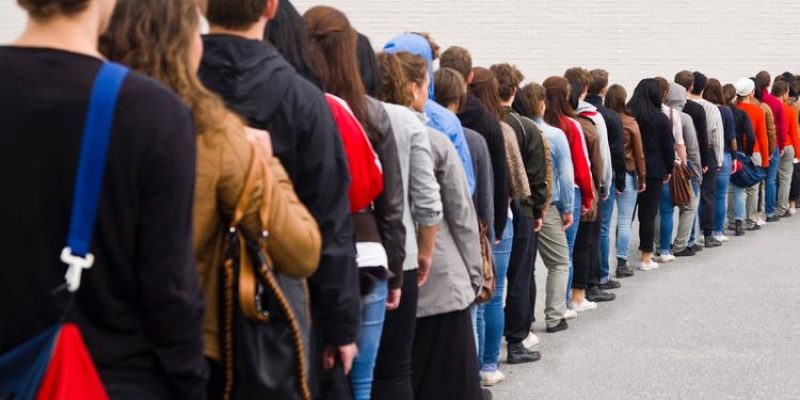 Frustratingly long lines at the driver’s license offices is the very picture of government inefficiency.

As such, they are about to become the focus of a special House committee designed to make the dreaded DMV much more efficient, among other much-anticipated reforms.

House Speaker Dennis Bonnen created the House Select Committee on Driver’s License Issuance & Renewal on Dec. 10. The committee, according to a statement from its chairman Rep. Briscoe Cain, will focus on long wait times, physician waivers for eye exams, the redundant taking of fingerprints, and opportunities to complete the renewal entirely online. It will also follow up on two major bills from the prior legislative session.

Cain has the distinction of being the most conservative House member according to a biennial evaluation of the members of the Texas Legislature.

“Our state’s driver’s license offices have become a nightmare for Texas drivers, who have been forced to take hours away from work and their families to wait in lines wrapping around the block — only to face inadequate government service once they walk in the door,” Cain wrote in a letter. “I’m proud of the strides made by the Legislature to improve this process, but there’s more we can do in the next session and the months leading up to it. As Chair of this committee, I look forward to working with my colleagues over the coming months to cut government waste while making it more efficient for Texas taxpayers.”

From the hip: Texas hasn’t always had a Department of Motor Vehicles (DMV) as many states do. The lines often still wrap around Department of Public Safety (DPS) buildings which serve as hubs for State Troopers and those nervously waiting for driving tests and applying for concealed carry licenses. More many decades, driver’s licenses were issued by the DPS, not a DMV.

Over the past decade and a half, the Legislature began a noble effort to gradually transfer responsibilities from the DPS and the Texas Department of Transportation over to a (supposedly more efficient and focused) Texas DMV. As is the nature of a new government bureaucracy, the efficiency element is something still being worked on. And so is, apparently, the responsibility-sharing.

The new select committee, Cain pointed out, will be tasked with reviewing “the feasibility of permanently transferring the licensing programs” to the DMV.

Aside from some controversies involving whether driver’s licenses enable non-citizens to vote, DPS and DMV have been relatively scandal-free. However, the confusion over which department had which responsibility has raised eyebrows under the Pink Dome, particularly in 2018 as DPS underwent a Sunset review. It was also discovered during Sunset that DPS did not transfer the $8 million the Legislature allocated to reduce wait times to actually reducing the wait times. Oops. And as such a work-group was appointed to oversee DPS/DMV interaction.

This year, a bill was passed to spend $200 million toward that same goal — to hire around 800 new employees and give raises, as well as to open new DMV offices in Angleton (Speaker Bonnen’s home, as it happens) and Denton. The urgency was predicated by some high wait times (up to eight hours during a 100-degree day in at least one instance).

Setting up a temporary committee with a taxpayer watchdog like Rep. Cain at the helm is the second-best way to make sure the money actually gets spent on reducing the queue and to keep tabs on the newly created Sunset working group.

The best way, as the popular meme would suggest, is to put Chick-fil-A in charge.