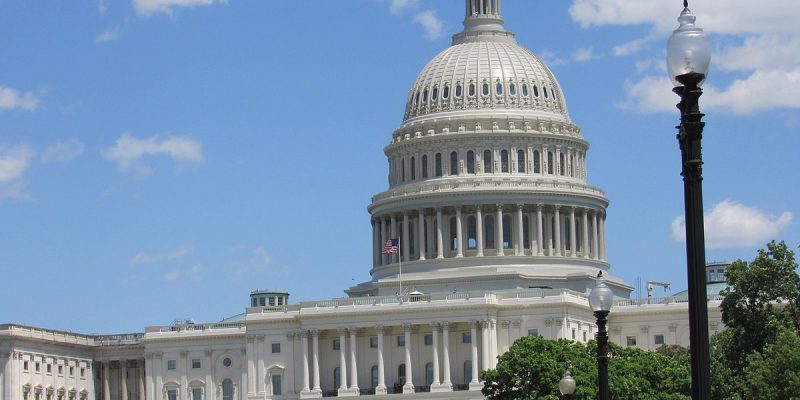 Republicans and Democrats have reached a tentative agreement “in principle” on $1.37 trillion in spending to avoid a possible government shutdown that would otherwise occur on Dec. 20, when current funds are expected to run out. Multiple reports by Roll Call, Politico and other news outlets indicate a deal is imminent.

Fiscal Year 2020 began Oct. 1 and Congress voted on none of the 12 appropriations bills needed to fund federal operations for the full fiscal year.

If a regular budget order were being followed, lawmakers would enact full-year appropriation bills before Oct. 1.

Congress has failed to enact a budget (and enact all 12 appropriations bills) before the Oct 1. deadline every year since 1997.

Because Congress does not pass a budget, it relies on temporary measures to keep the government afloat, called a Continuing Resolution (CR). A CR only funds the federal government for a limited amount of time. The last CR Congress passed provided temporary funding for the government through Dec. 20.

“Lawmakers need to think long-term to address our fiscal challenges, but they continue to have difficulty enacting annual appropriations in a timely manner,” the Peter G. Peterson Foundation said in a report detailing the use of CRs.

Lawmakers often enact multiple CRs in a single fiscal year before deciding on full-year funding levels, the foundation notes. For fiscal years 1998 through 2020, 119 CRs were enacted.

Sens. Rand Paul, R-Kentucky, and Mike Lee R-Utah, have long called for the need for a balanced budget and the need to eliminate wasteful spending instead of continuing to pass CRs.

Last year, Paul refused to vote for a budget pushed through at the last minute by Senate Majority Leader Mitch McConnell, which included more than $300 billion in new spending. No floor discussion was scheduled for lawmakers to discuss or know where the spending was directed or how much debt would be incurred to pay for it. Instead, 100 senators were needed to vote for the bill before a midnight deadline, which Paul stood against.

“The hypocrisy is astounding. Every one of these Republicans complained about President Obama’s deficits,” Paul said.

The result was a second government shutdown in a period of three weeks in February 2018.

But the government would not have been in this position if Congress actually passed a balanced budget and did not rely on CRs, critics note.

“Lawmakers have come to rely heavily on CRs — temporary, imperfect solutions that avoid the difficult but necessary work of allocating funding,” the foundation says.