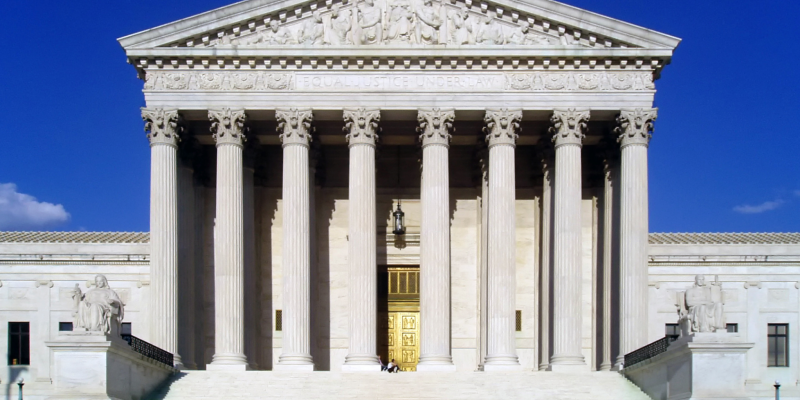 Debate about religion in American public life existed well before independence from the British government. Many talk about religious freedom, the First Amendment, and mistakenly argue that the U.S. Constitution delineates a “separation of church and state.”

Yet the highest court of the land, the U.S. Supreme Court has never formally defined what actually constitutes “religion.” Nor has the court ever defined “God.” In fact, its standards for referring to “religion” evolve, change, and remain inconsistent.

For example, in 1890, the court referred to religion in traditional theistic terms, referring to a “Creator.”

By the 1960s, when interpreting the Establishment Clause of the First Amendment, the court referred to religion as it relates to both a person’s belief in the existence of a particular God and another’s disbelief in a particular God or belief in no God at all. When ruling on conscientious objector status, the court expanded the concept of religion from believing in a “supreme being” to include “deeply held moral and ethical beliefs.”

But by the early 1980s, the court moved away from relating moral and ethical beliefs to religion, ruling that the Free-Exercise Clause of the First Amendment only applied to a “religious” belief or practice and that only beliefs “rooted in religion are given special protection to the exercise of religion.”

Many of the court’s definitions of religion actually use the word “religion” to describe religion itself. To date, the court has provided little to no guidance on the matter.

It’s specious that the Supreme Court, which has not defined religion, can adequately rule on it. And yet, the U.S. Constitution, the law the court is tasked to interpret, also leaves room for what constitutes “religion.”

While the Free-Exercise Clause prevents the government from making a law “prohibiting the free exercise of religion,” the clause does not mean that “no law” actually means “no law.” The Equal Protection Clause of the Fourteenth Amendment allows both federal and state government to legally restrict, in certain circumstances, how a religious belief is practiced, while still allowing freedom to believe in whatever religion one chooses. For example, courts have made illegal religious practices like polygamy, human sacrifice, or incest.

Yet there are limits to these limits. And the Supreme Court has long been divided over determining them, especially when considering various standards, including ones it created like the “Lemon” or “Sherbert” tests. Many state constitutions enable the applicability of the “compelling-interest” test, however, other states have less protection for free-exercise claims.

It remains unclear as to whether or not the nebulous description of “religion” will satisfy the U.S. legal system or prove beneficial to First Amendment Religion Clause cases.

This article was first published by Hedgerow on Patheos.