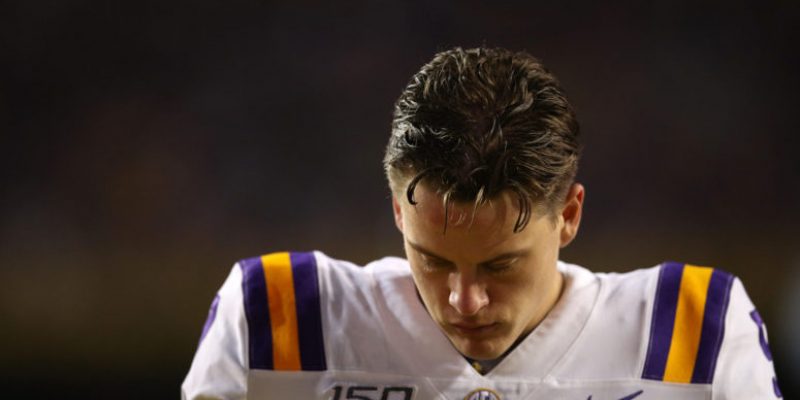 One team. One heartbeat.

It has been the mantra of LSU head coach Ed Orgeron since he took over the program in the middle of the 2016 season.

And now that program is on the cusp of its biggest game in eight long seasons. It is a heartbeat away from a not-so-easy battle in the Big Easy.

A Swag You Have Never Seen
This Is Our Time. pic.twitter.com/NuPaWdVM16

The television promotions will say it’s No. 1 LSU vs No. 3 Clemson, but at this point, the rankings can go out the window. Like when a low-seeded up-and-comer battles the world’s top-ranked player in a tennis grand slam final, only one contest separates loss from legend. Only one war divides glory from heartache.

LSU lost that opportunity eight years ago to the day, to the hands of Alabama in the same Superdome. And it has spent the last eight years scrambling out of the seemingly bottomless hole it dug for itself that night.

No, that game probably doesn’t matter a whole lot to today’s players, unless they of course watched that game and had the same sick feeling in their stomachs as all LSU fans had.

Regardless of what connection may or may not be there for players who grew up LSU fans, you just get the sense that a victory Monday night could erase that terrible January 9 night back in 2011.

This weekend will be difficult for the players. It will be hard to sleep, hard to contain the anxiety and nerves that want to bubble out and run through anything it passes by. There will be lots of pushups and situps inside hotel rooms, as they do what they can to release little puffs of energy that just cannot be contained.

Their hearts will be racing out of their chests.

This is more than just about a ring. More than just about a trophy. It is, indeed, about hours and hours of disgust and pain in the early morning hours of a Louisiana summer when most everyone else was still asleep. It’s about lifting that little extra weight, staying for that one extra set of reps, pushing through those final few sprints when it would have been just as easy to skip them and hit the showers early. No one would have noticed. No one would have cared.

But big time easy would not have gotten them here, in the biggest easy of them all.

Champions don’t slack. Champions are forged not on this coming winter night of January 13 in New Orleans, Louisiana. They are forged sixty miles east down I-10, in the sultry sun rises of Baton Rouge when no TV cameras are on them.

This is the stuff that dreams are made of. Kids envision the stage we will see Monday night. But to get here, you have to put in the time.

The Tigers have put in the time. They have put their hearts on the line for their one shot at glory.

There is a beating in the air, a slow thump that is rising with every hour. Ba-dum. Ba-dum. Ba-dum. It is a heartbeat of a team ready to explode onto the field and right on through the defending national champions.

The time is drawing near. Just listen to the crowd….

Only one team will emerge from these anxious heartbeats as champions….

…and you better believe that heart will be bleeding purple and gold.