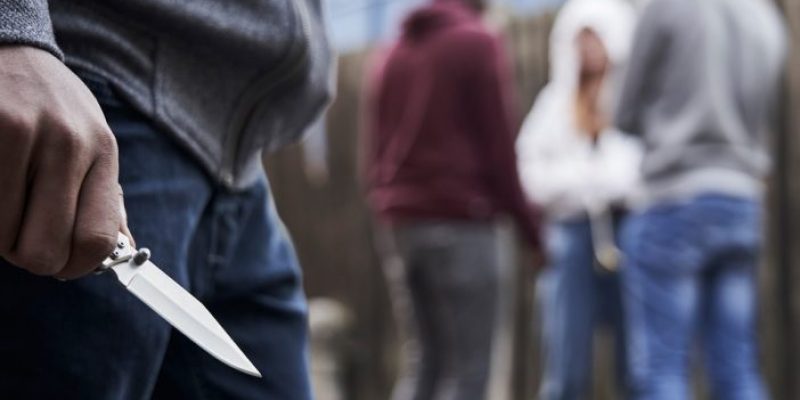 A Wednesday morning stabbing that led to the hospitalization of a man — and this on top of a deadly assault last Friday — has made Austin’s 18% increase in violent crime amid a city-wide homeless crisis all the more obvious.

This morning, Texas Gov. Greg Abbott called for an increase in State Troopers to patrol downtown Austin, a city which has long been one of the safest urban areas in the U.S. but has recently seen an uptick in violence that has accompanied a relaxing of homeless camping bans.

“ANOTHER stabbing in downtown Austin — where both the suspect & victim are said to be homeless. How many people will be killed and injured before Austin reforms its homeless policies?” Gov. Abbott’s Twitter account stated. “I will have DPS increase law enforcement around downtown & UT [University of Texas] areas.”

(Note: the presence of Department of Public Safety [DPS] State Troopers is not an uncommon site around the Texas Capitol and the flagship public university of Texas, but an increase in patrols would be noticeable whereas Austin Police Department officers as usually the ones to patrol pedestrian areas. According to a letter from Abbott patrols will be within two blocks of any state office building, which is much of downtown Austin.)

On Friday, a homeless person allegedly verbally assaulted a customer at a coffee shop on South Congress when police were called. The suspect escaped police custody and ran to a nearby Freebird’s burrito restaurant when he stabbed a manager before climbing on the restaurant’s roof and leaping to his death. The manager later died from his injuries.

Abbott has pointed out that reversing Austin’s homeless camping ordinance is good for the homeless and the non-homeless alike. According to an Austin American-Statesman editorial (more worried about “healing” than reforming an ill-advised policy, we should point out) from July through September (the first three months after Austin relaxed its homeless camping ban) violent crimes involving a homeless person attacking a non-homeless victim went up 11% compared to the same months in 2018. Violent crimes involving a non-homeless person attacking a homeless victim increased 19%. Likewise, property crimes committed by homeless people ticked up 2%, while property crimes involving victims who were homeless shot up 42%, according to Austin Police data provided to the City Council in October. Austin Police Chief Brian Manley has pointed to an overall 18% increase in violent crime over the past 11 months.

The city has made some concessions to the situation: routine cleanups underneath overpasses and clarifications to the ordinance that keep the homeless from blocking sidewalks and other walkways. The city has been pursuing purchasing old hotel and business properties to convert into homeless shelters.

But not enough is being done for public safety, according to a wide variety of community activists including Matt Mackowiak, a co-founder of Save Austin Now.

“I have concluded that the Mayor and the City Council will not listen and correct their mistake and re-institute the camping ban,” Mackowiak said in a Facebook message. “Therefore, it falls on us to change the city policy through a ballot initiative.”

That initiative, he said, has a 20,000 signature threshold to put onto the next election ballot. A related Change.org petition has gathered more than 55,000 signatures, and Mackowiak said he is confident that 20,000 signatures is a realistic goal toward repealing the homeless camping ordinance.

Another effort taking place in Austin currently, Our Town Austin, is an all-volunteer recall effort, targeting the all-Democrat Austin City Council and Mayor. These petitions each require around 80,000 signatures, which is a much higher hurdle to clear.

The Save Austin Now petition may be found at www.SaveAustinNowPetition.com. Those interested in donating may give at SaveAustinNow.com.

The Our Town Austin recall effort website may be viewed at OurTownAustin.org.