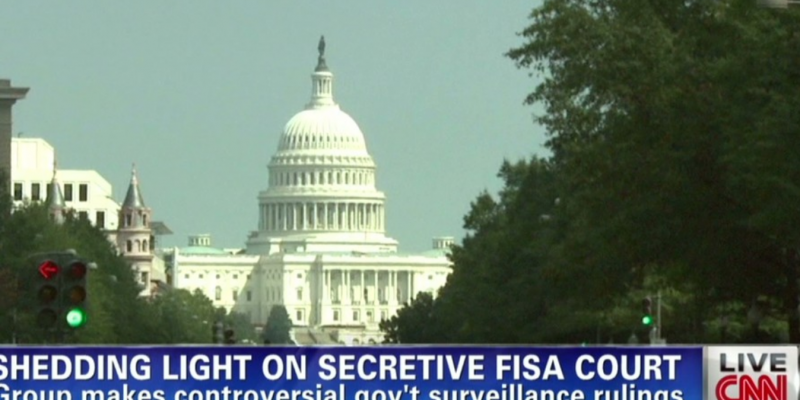 According to a new declassified ruling from the U.S. Foreign Intelligence Surveillance Court (FISC), FBI personnel systematically abused National Security Agency (NSA) mass surveillance data in both 2017 and 2018, CPO Magazine reports. The October 2018 ruling was only unsealed on October 2019.

The 138-page report “offers a rare look at how the Federal Bureau of Investigation (FBI) has been abusing the constitutional privacy rights of U.S. citizens with alarming regularity,” the magazine states. “The court ruling is also a stinging rebuke to the FBI’s overreach of its ability to search surveillance intelligence databases.”

For the calendar year of 2017, the FBI conducted over 3.1 million searches of surveillance data, compared to just 7,500 combined searches by the CIA and NSA, the report found. In order to do so they would have needed to have 3.1 million warrants– or 8,493.15 warrants a day. But they didn’t use warrants because they were using a database established by the NSA, the report alleges.

The U.S. Foreign Intelligence Surveillance Court, itself a super-secret court that traditionally approves each and every request of law enforcement agencies such as the FBI, found that employees of the FBI searched data collected under Section 702 of the Foreign Intelligence Surveillance Act (FISA) in an inappropriate and potentially unconstitutional manner. These abuses, says the FISA court, included accessing NSA surveillance data to look into the online communications of U.S. citizens, including fellow FBI employees and their family members. All told, there may have been tens of thousands of these improper queries, all of them carried out without any reasonable suspicion of a crime or illegal activity posing a risk to national security. Moreover, many of the FBI’s backdoor searches did not differentiate between U.S. citizens and foreign intelligence targets.

Making headline news for the last several years is the abuse of the Foreign Intelligence Surveillance Act is Section 702, commonly referred to as FISA.

FISA was implemented after 9/11, allowing the NSA to monitor a wide swath of online communications among foreign nationals. Massive surveillance also extended to U.S. citizens in any intelligence sweep, CPO Magazine points out, which was all stored in an NSA database and was being searched without warrants.

“Instead of only being used to monitor nefarious foreign agents, it has been expanded via Section 702 to include the monitoring of U.S. citizens,” the magazine writes. “And, thanks to the growing power of the NSA to monitor both “upstream” and “downstream” communications, it means that any form of communication is now subject to possible review by the intelligence apparatus.”