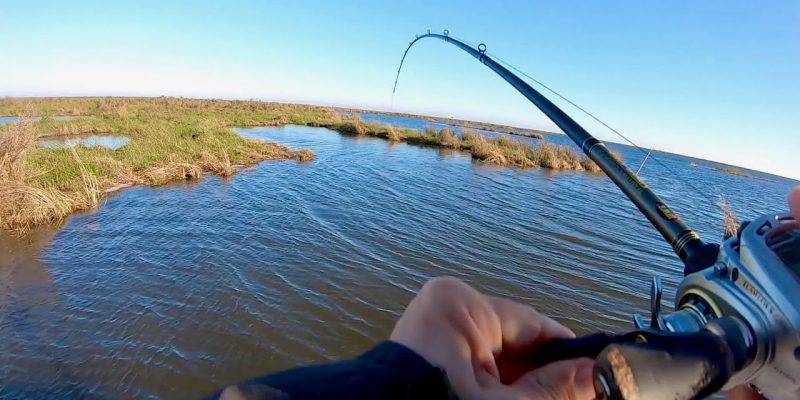 Anglers are always scanning store shelves and online retailers in search of new lures that will tip the scales more in their favor and put fish in the boat when other baits seem as attractive as Rosie O’Donnell. Most new lures, however, are just gimmicks designed to catch fishermen rather than fish.

But every now and then, a manufacturer will release a product that really is a game-changer. When I ran across Mann’s Bait Company’s latest invention, the SpringR Worm, I wondered if it could be one.

On the surface, the lure looks quite similar to Senko-style baits that are designed to be fished Texas-rigged or wacky-rigged. But on the inside, the SpringR Worm features a metal spring that causes the lure to shimmy back and forth constantly on the fall.

When I saw it, I thought it was ingenious, and when I got it in a pool in front of an underwater camera, I was really blown away. The lure produced more action than this year’s LSU football team.

But would that translate to success on the water? To find out, I took it deep into Louisiana’s marshes to see what I could catch. Let’s just say I wasn’t disappointed.

The lure isn’t cheap — a pack of four will cost you about $10 — but the spring makes it incredibly durable. I got almost an entire day’s fishing out of one lure.

To see all the action, check out the video below.

Like the video? Please give it a thumbs-up, and subscribe to the Marsh Man Masson channel on YouTube. Also, leave a comment below or on the YouTube page. What did you think of the SpringR Worm’s action in the pool? Do you typically fish soft stickbaits wacky-style? If so, in what situations do you like to throw them?