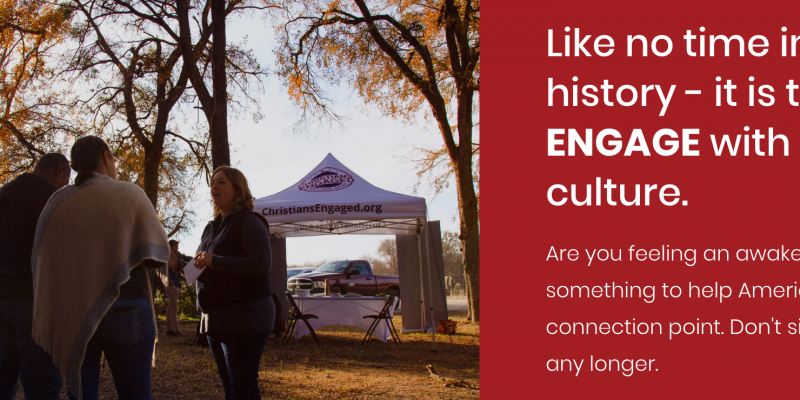 A new educational Christian nonprofit group, Christians Engaged, has launched in Texas hoping to motivate, educate, and activate Christians “from the pews to the polls.”

“Now is the hour for the Church to rise up and take action,” Pounds said in a statement. “We are not just launching Christians Engaged for an impact in 2020, but for an impact in the decade to come. We are excited to engage young Christian evangelicals to go on mission with us.”

In addition to informing and motivating Christians to vote, Christians Engaged hopes to develop educational and motivational programs for churches to share with their congregations. The materials include encouraging their congregants to pray for their nation, vote in elections, and engage in various forms of political activism.

“This is not a time to run and hide. This is a time for us as believers in Jesus to be on the frontlines for Texas and for America,” Bradford said.

The organization’s board of directors includes leaders from various fields, including Congressman Michael Cloud.

“It is important that Christians are engaged,” said Cloud. “Our faith should influence every part of our lives—even our involvement in the political world.”