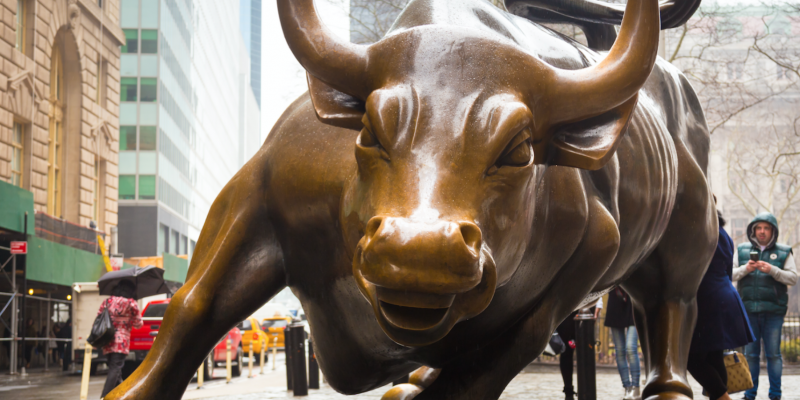 The Dow Jones passed the 29,000 mark for the first time in history during early trading Friday following a record high opening of S&P.

Over the last three years, the stock market surges have added $12.8 trillion to the value of American business, economists say.

The stock market record made history despite a lower than expected jobs report as traders reacted to White House sanctions on Iran and Phase 1 of the U.S.-China trade deal that is set to be signed Jan. 15.

“The United States is targeting senior Iranian officials for their involvement and complicity in Tuesday’s ballistic missile strikes,” Mnuchin said in the statement. “We are also designating Iran’s largest metals manufacturers, and imposing sanctions on new sectors of the Iranian economy including construction, manufacturing, and mining. These sanctions will continue until the regime stops the funding of global terrorism and commits to never having nuclear weapons.”

The translation of the agreement “has worked out beautifully. It is virtually complete,” Kudlow said in the interview Friday, adding that he had spoken to U.S. Trade Representative Robert Lighthizer on Thursday.

The new jobs report shows 145,000 new jobs were created in December, less than the 160,000 predicted by Wall Street analysts.

Most economists expected payrolls gains to decrease in December after they surged in November. Most of last month’s employment gains came from service industries, according to the report.

Some analysts predict the economy will slow in mid-2020 at which time the Federal Reserve may revisit whether to adjust interest rates.

However, the Board of Governors of the Federal Reserve System explains, “The term ‘printing money’ often refers to a situation in which the central bank is effectively financing the deficit of the federal government on a permanent basis by issuing large amounts of currency. This situation does not exist in the United States.”

“The U.S. currency has expanded at only a moderate pace in recent years,” the board adds.