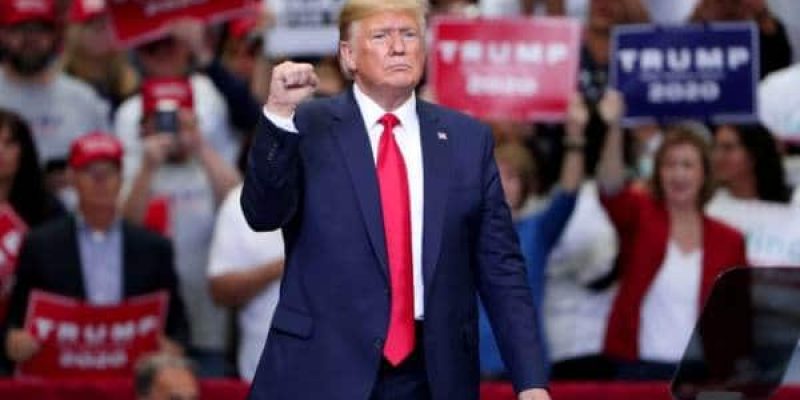 President Donald Trump will make history by addressing the March For Life on Friday in Washington D.C. This comes as Trump seeks to motivate conservative voters ahead of the 2020 elections.

On Wednesday, the March for Life announced that President Donald Trump will be the first sitting president in history to address the pro-life rally in person. The march will take place this Friday, January 24, in Washington, D.C.

“We are deeply honored to welcome President Trump to the 47th annual March for Life. He will be the first president in history to attend and we are so excited for him to experience in person how passionate our marchers are about life and protecting the unborn,” Jeanne Mancini, president of the March for Life, said in a statement on Wednesday.

“From the appointment of pro-life judges and federal workers, to cutting taxpayer funding for abortions here and abroad, to calling for an end to late-term abortions, President Trump and his Administration have been consistent champions for life and their support for the March for Life has been unwavering. We are grateful for all these pro-life accomplishments and look forward to gaining more victories for life in the future,” she added.

Hundreds of thousands of men and women march from the National Mall to the Supreme Court building every year, protesting Roe v. Wade (1973), the decision that legalized abortion nationwide.

This comes as the Susan B. Anthony List just launched a $52 million campaign in support of Trump’s reelection bid. It’s a change of stance as SBA List did not support Trump in 2016.

Previous Republican presidents Ronald Reagan and George W. Bush addressed the March For Life, but they did it via video or other remote means.

Things like this are why Donald Trump has such a vice-like grip over the Republican Party and its voters. This is despite the fact Trump has signed budgets that fund Planned Parenthood and previously did not care a whole lot about this issue and was once rabidly pro-choice.

It’s a stark contrast to the Bushes, the McCains, and the Romneys who seemed to communicate to the base that they were not really interested in them. They would campaign on conservative issues but once they were elected they would never fight for them. Trump for all of his faults is willing to fight on those issues and that’s why pro-lifers are willing to overlook his budgets that fund Planned Parenthood for example. It also explains why many Never Trump Republicans have abandoned any pretenses of conservativism.

The reason why Donald Trump is so beloved by Republicans in a way no Republican president has been since is Reagan is that they believe he fights for them. Speaking at the March For Life in person only reinforces that message.