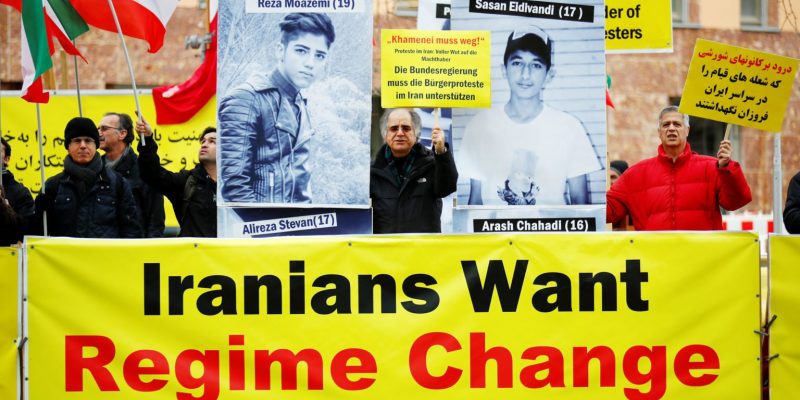 While the world mourns the tragic loss of 176 lives, thousands of protesters took to the streets of Iran demanding accountability and new leadership for their country after the government admitted to “mistakenly” shooting down the civilian jet.

Upon news of the demonstrations, President Trump issued a warning to the leaders of Iran:

“To Iranian leaders: don’t kill your protesters. Thousands of people have been killed or arrested by your hands, and the world is watching. More important than that, the United States is watching. Re-connect the internet and allow journalists to move free! Stop killing the great people of Iran!”

More importantly, he sent a message directly to the Iranian people, and in their native language, tweeting the following message in Farsi (Persian):

“To the brave, long-suffering people of Iran: I’ve stood with you since the beginning of my Presidency, and my Administration will continue to stand with you. We are following your protests closely, and are inspired by your courage.”

President Trump also chimed in on a viral video showing a large group of protesters appearing to go out of their way to avoid stepping on the American and Israeli flags saying,

“Wow! The wonderful Iranian protesters refused to step on, or in any way denigrate, our Great American Flag. It was put on the street in order for them to trample it, and they walked around it instead. Big progress!”

While Democrats at home are blaming President Trump for Iran’s actions, the people of Iran are laying blame where it is deserved- at the feet of the Supreme Leader, Ayatollah Ali Khoemeni.

Protesters are said to be chanting, “Death to the dictator!” and “Clerics get lost!”.