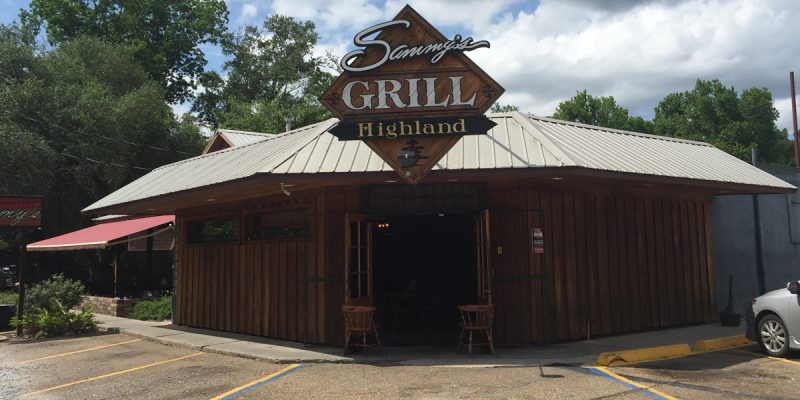 It’s a sad day in Baton Rouge, because at 10:00 tonight Sammy’s Grill on Highland Road will serve its last drink, clean up its last restaurant table and turn out the lights for the last time.

Less than 24 hours after Sammy’s Grill in Prairieville and Creole Cabana in Baton Rouge announced permanent closures comes another bombshell for Baton Rouge residents: Sammy’s Grill on Highland Road is joining the pack, shutting its doors for good after tonight.

Its permanent closure—announced around 7:30 p.m. Thursday in a Facebook post—marks the end of 32 years of business, during which time Sammy’s became something of a Baton Rouge staple, known for its seafood, burgers and Southern cuisine. But for those who knew the restaurants’ financial picture, the announcements, while sad, come as little surprise.

“We’re sorry it didn’t work for Sammy [Nagem], but we understood their financial situation when we bought them,” says Donnie Jarreau, who, along with Ryan Jumonville, bought both Sammy’s Grill properties from Sammy Nagem in late May.

All three restaurants are owned by Nagem, whose two Sammy’s Grill restaurants faced eviction after Jarreau filed suit against them in December for failing to pay their rent.

However, Jarreau didn’t evict the restaurants; instead, he tells Daily Report that Nagem made the decision to close them, pressed by “dire” financial problems that Jarreau says went beyond missed rent payments.

That place has been around since 1988, and for people living around Highland Road south of the LSU campus it’s been a meeting place, a hangout and a substitute kitchen. It’s been almost a tribal headquarters, and a home away from home.

Over the last couple of years, though, it’s been clear the end was coming. Everybody has talked about how the quality of the food has gone down of late. That’s true; it has. The big crowds during crawfish season haven’t been as big, and the hangout crowds at the bar have petered out. The vibe that used to pervade the place has slacked off dramatically, and it was clear Sammy’s wasn’t what it used to be. The Superior Grill that opened up just up Highland Road at the corner of Kenilworth Boulevard has really chewed into the crowd, and the racial fracas that erupted over a tiff between Judge Mike Erwin and a black woman who accused him of calling her the n-word over a dispute about a bar stool, which ended in Erwin being banned from the restaurant, put a damper on things as well.

I’ve got twenty years of Sammy’s stories to tell. Maybe at some point I’ll want to tell them, but right now it’s a little depressing to do so.

And today is the last day.

It’s a sad day. But hopefully whatever replaces Sammy’s at that location can recapture the good old days. The possibilities for that spot are amazing, especially if its new operators, whoever they are, do some remodeling and updating.

In the meantime, there’s a George’s just a block away, and there’s that brightly-lit and jam-packed Superior Grill with its dangerously potent margaritas and fish-bowl glasses of beer beckoning for business. Highland Road will survive, if a bit wistfully.