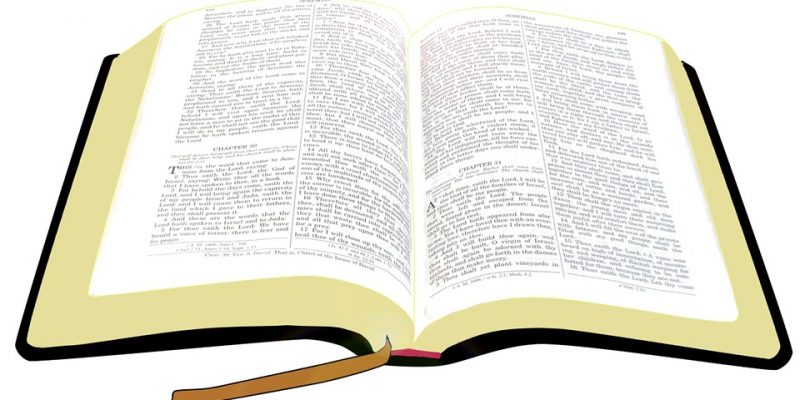 Some argue that Christianity has influenced the western world more than any other faith or ideology.

More than 2,000 Bible verses teach civics, providing examples of good and evil rulers and government authorities. They contain approximately 500 verses on salvation, 400 on hell, and 250 on heaven—with the overall foundation that right living best leads to a peaceful, flourishing society.

Six of the Ten Commandments specifically define civil law. The western concept and definition of murder, manslaughter, theft, assault, marriage, birth, and other civil and criminal matters were defined and ascribed judicial punishment by Mosaic Law. Religious freedom and self-governance are defined in the First Commandment, family governance in the Second, private property rights in the Fifth, and having a fair trial with witnesses in the Sixth.

When people refer to Judeo-Christian Ethic, this is partially to what they refer: civil and criminal code originating from Mosaic law (found in Leviticus, Exodus, Numbers and Deuteronomy), and the teachings of Jesus.

The beginning of American law, and the concepts of independence and freedom, are rooted in the acknowledgement that moral absolutes exist within a universal standard of justice independent from political rulers. Faith is not separate from, but foundational to, a just and fair public policy.

The First Amendment, for example, was designed to prevent a theocracy and protect people from totalitarianism. It wasn’t written because the 17th century New England settlers, as Puritan separatists, opposed the King of England’s laws and wanted religious freedom. The First Amendment was written because after the Puritans established laws in their new colonies they imposed a similar authoritarian rule that they had just rejected in England as non-conformists.

John Winthrop, a Puritan attorney and governor of the Massachusetts Bay Colony, helped implement a largely Puritan-controlled magisterial government, which prohibited anyone from voting unless the magistrate approved the Christian men who fit its criteria. Winthrop opposed codifying laws, believing that democracy was “the meanest and worst of all forms of government.” The “City on a Hill” to which he referred in an often-quoted sermon, ended up being a place that excluded anyone who disagreed with magisterial rule. His colony effectively illustrated the very non-Biblical values that restrain freedom and liberty—and the opposite of the Bible verse’s intended meaning, which he referenced.

The First Amendment was largely inspired by the example and writings of Roger Williams, a Christian minister and perhaps the greatest political philosopher who shaped nearly four centuries of political thought. Upon arrival to the Massachusetts Bay Colony in the 1630s, Williams opposed Winthrop’s form of government. Rejecting his freedom of conscience and ideas, the magistrates first placed Williams under house arrest, then banished him from the colony, and then sought to kill him.

Winthrop warned Williams, who fled without his family, suffered greatly, and barely survived. Because of this, he wrote one of the most influential treatises in history, The Bloudy Tenent of Persecution. Thomas Jefferson not only read Williams’s treatise, but also John Locke’s, Two Treatises of Government, in which he referenced over 1,500 Bible verses.

Were it not for Roger Williams’s influence, it’s unlikely that Thomas Jefferson would have written what he did in the Declaration of Independence. In it, Jefferson references God four times:

Jefferson intentionally claimed a deity exists and is knowable by human reason. He identifies this deity as a creator and judge. He asks, in Notes on the State of Virginia:

“And can the liberties of a nation be thought secure when we have removed their only firm basis, a conviction in the minds of the people that these liberties are a gift of God?”

Foundational to the Declaration of Independence was creationism and morality. As John Adams explained, “Our constitution was made only for a moral and religious people. It is wholly inadequate to the government of any other.”

This is one reason why “In God We Trust” is imprinted on American money, why “Under God” is in the Pledge of Allegiance, why oaths are required by courts and to hold public office, and why God is mentioned in all 50 state constitutions. The U.S. Supreme Court opens each session verbally declaring, “God save the United States of America.” (Some, however, question to which God they are referring.)

The founders did not seek to create a theocracy, understanding Biblical Christianity is non-coercive. They understood that only through Biblical principles, freedom and liberty exist. (Gal. 5:1) As Fyodor Dostoevsky, a Russian novelist, journalist and philosopher, once said, “if there is no God, everything is permitted.”

The founders knew that in every human spirit lies an innate desire to be free. That spirit of freedom became the personification of American character. As Ronald Reagan said in 1952, “America is less of a place than an idea, and if it is an idea, and I believe that to be true, it is an idea that has been deep in the souls of Man.” And as the soul informs the mind, heart, and the body, it also informs every area of life in which people live—including politics.

This article is part of a series first published by Hedgerow on Patheos.

SADOW: John Bel And His Minions Are Stuck On COVID Stupid

“I remember looking at Jim Biden and saying how are you guys getting away with this? Like, aren't you concerned? And he looked at me, and he laughed a little bit, and said 'PLAUSIBLE DENIABILITY.'" - Tony Bobulinski, in a bombshell interview with Tucker Carlson on Biden family corruption.
More Quotes