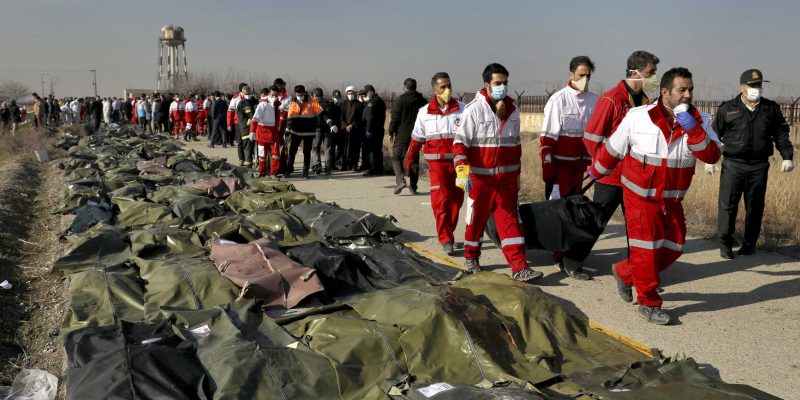 US intelligence officials say satellite images confirm that an Iranian missile brought down Ukrainian Flight 752 shortly after takeoff from Tehran, killing all 176 passengers on board.

The incident took place just hours after Iran launched its counter strike against US targets in Iraq. Iran first seemed defiant, indicating it would not hand over the plane’s black box but has since appeared more willing to be cooperative.

Details should become more clear as Ukrainian investigators arrive to examine the crash site but many are assuming it was a tragic accident taking place during the brink of war.

Iran has attributed the crash to a mechanical failure.

Officials say that the passengers comprised of 82 Iranians, 63 Canadians and 11 Ukrainians.

The tragedy came just days after another for Iran when a human stampede took the lives of dozens of mourners at the funeral services for Iranian General Soleimani.

The incident brings back memories from 2014 during the Ukraine crisis with Russia when 298 lives were lost in Malaysia Flight 17 as it was mistakenly shot down by pro-Russia separatists during the brink of civil war.

It is also worth mentioning that a similar tragedy occurred in 1988 when the US mistakenly shot down Iran Air Flight 633, killing all 290 passengers on board.