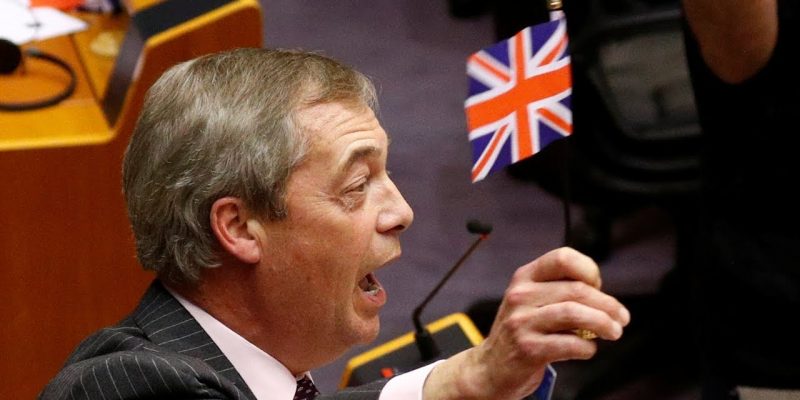 Farage, the quirky, brilliant populist conservative Brit politician who for some time has been the bane of the European Union and a leader – perhaps the leader – of the Brexit movement in the U.K., finally had a triumphant moment following several successful steps required to extricate Great Britain from the clutches of the globalist EU bureaucracy.

And when that moment came, Farage maximized it. In his final address as a member of the European Parliament, he shredded the EU for its red tape, its anti-democratic dictates and its unhealthy concentration of power. The EU was “a 47-year political experiment that the British have never been happy with,” he said. “My mother and father signed on to a Common Market,” not  “flags, anthems, presidents” and a European army.

But Farage said something else which was quite notable. “We are going,” he said, “we will be gone and that should be the summit of my own political ambitions.”

Meaning that now that his 27-year fight to extricate Great Britain from the EU will have ended in success at midnight on Friday, Farage is saying he’s accomplished what he set out to do in politics and he’ll step away from the scene.

Whether you believe that will happen is up to you. Farage is certainly not a conventional politician and as such it could very well be the case that he sticks to his word. It’s unusual for people in the public eye not to work to stay there, though.

In any event, if Farage is really going he certainly went out with a bang. Here’s the video…