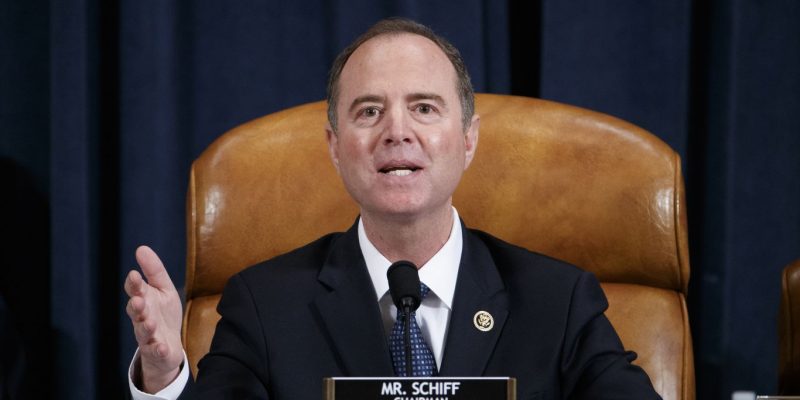 If you were watching yesterday’s opening of the Senate’s impeachment trial, you weren’t in the majority. The people who had to watch it weren’t even happy they did.

Say… did you catch the end of the first full day of the impeachment trial? Me neither, because I’m old and I don’t stay up until two in the morning. But many people even older than me, including some who are currently running for President, were forced to hang in there until long after the cows had come home. If any of the Senators seeking the Democratic nomination thought they would have time to dash out to Iowa or New Hampshire after the proceedings they appear to have been mistaken.

Our reaction to what of the proceedings we could stomach was that Adam Schiff’s presentation was reminiscent of the scene in JFK when Kevin Costner’s Jim Garrison character, after putting on an entirely weak and ineffectual case which had no hope of gaining a conviction of Clay Shaw for the assassination of the president, launched into a wild and desperate closing argument which, while it might have made for compelling theater in director Oliver Stone’s eyes, was the antithesis of a professional prosecutorial endeavor. Schiff as the House’s lead impeachment manager is an abject disaster.

Guess what else is an abject disaster? The fact that nothing else will get done in the Senate until the impeachment trial is put to bed.

And that’s ridiculous, because there are a number of pieces of legislation it would be nice to see move in that body. We’re going to offer just one example here, but what we could easily do is a whole series of posts talking about things which could actually fix real problems the Senate could be sending to the House and potentially improving American governance – but won’t be doing anytime soon because of the stupid impeachment trial.

Let’s talk about Senate Bill 595, for example. It’s the Treat and Reduce Obesity Act (TROA). Its author is Louisiana’s senior senator, Bill Cassidy, who has been busting his rear end trying to pass legislation that improves access to health care, reduces cost and promotes better health care outcomes all without destroying the private-sector system. We’ll touch on that last bit later.

What does TROA do? Well, think about it like this. Every year Americans start January with a list of new resolutions, and “getting healthy” through diet and exercise is almost always at the top. But diet and exercise usually isn’t enough for the people who really, really need to “get healthy. That’s more true in Louisiana than most other states.

According to the Department of Health, nearly one in four adults in Louisiana are considered obese. That’s one of the downsides of having some of the best food in the world; in Louisiana, managing not to be obscenely fat is a feat in and of itself. But for the folks with a physique that looks like, say, Jerry Nadler, most of us just assume it’s because they’re lazy and they can’t put down the Zapp’s potato chips – and assume they’re fat because they essentially want to be. So we don’t generally do much to arm people who need help not being obese.

And particularly older folks who fit this category.

Cassidy is the author of TROA, and one of the things in it is the effort to reform Medicare to enhance beneficiaries’ access to intensive behavioral therapy (IBT) and by allowing Medicare Part D to cover FDA-approved obesity drugs.

Medicare doesn’t cover “weight loss” drugs despite the advances in science around obesity that has allowed for the development of multiple safe and effective FDA-approved treatments for this disease. And that is what medical science increasing sees obesity as: a disease that leads to additional health issues such as high blood pressure, heart disease, certain cancers, and diabetes. These additional issues result in an average of over $2,000 in health care services for obese Medicare beneficiaries.

Meaning you might think the walking walruses of the world aren’t your problem, but when they get on Medicare and their obesity makes for poor health and multiplying medical conditions, they are your problem, because they’re costing you money.

This is not something which ought to be partisan or contentious. It’s a common-sense bill that invests a little to save a lot, at least potentially.

And we’ll wait weeks or maybe months for any movement on it because of the stupid impeachment trial.

We’ve got a sneaking suspicion that bills like this one are a secret reason why we’ve been saddled with the impeachment idiocy. Because if it weren’t for this circus, it’s entirely likely that TROA, or several other bills involving health care, would come out of the Senate and have their day in the House.

And this is not what Nancy Pelosi and the rest of the Democrats want.

Why? Because the Hard Left in this country, who are in control of Pelosi whether you believe she’s one of them or not, don’t want to make undramatic reforms, however meaningful, to America’s health-care system. They’re Leninists, at least (though not limited to) the extent that they think medicine is the keystone of the arch of socialism. (Yes, they dispute that Lenin actually issued that quote, but it’s quite clear they believe in the message behind it.)

And reforming a health-care system which is not completely socialized, though it’s certainly mostly there, is not at all what the Democrats want.

What they really want is a narrative: private sector health care, or health care the market is in charge of, is an abject failure and a crisis, and the only solution is to put the government in charge of it from top to bottom.

Cassidy has been trying to show the socialized-medicine crowd they’re wrong for years, and all he’s gotten for it is grief. Now, real opportunities to fix small things that add up to big differences are being wasted, and electoral issues which could be resolved with responsible governance are growing into crises, because of the impeachment circus.

It’s ridiculous, and real human beings, our fellow Americans, are suffering for it.