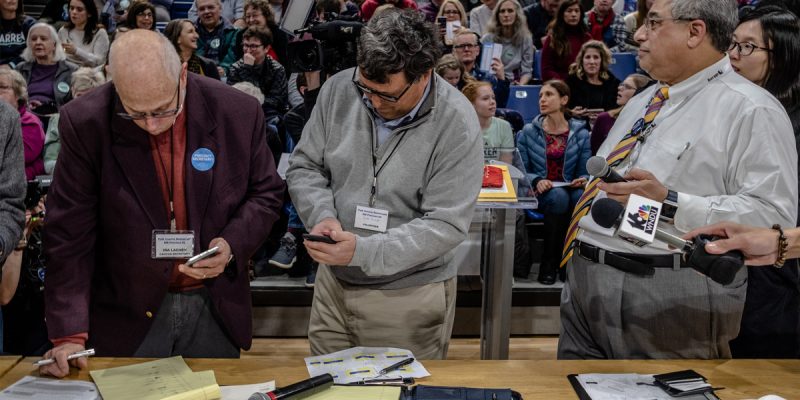 The state of Louisiana has 3,934 voting precincts scattered about its meandering bayous, ancient live oak lined boulevards, and piney hills.
When voting closed at 8 pm in the governor’s race last November the people knew that Governor John Bel Edwards had been re-elected in a matter of hours despite the close margin.

Further upriver on the western bank of the Mighty Mississippi the Iowa Democratic Party released 99% of the results of Monday’s presidential caucus…as of Thursday night.

Since Tuesday evening the results were frozen at 62% while small chunks of new data slowly revealed.

And the Hawkeye State has 1,681 precincts, less than half of Louisiana- a state not known for either efficiency nor mundane elections.

But even more bizarre is how such a delay is even possible when, unlike a primary, a caucus is a totally public and transparent system.

Since there’s a great deal of confusion (and insufficient explanation by the media) allow me to break down the process and to clear up some matters.

And as I attended one of the precinct caucuses I can provide a play by play from what I witnessed firsthand at Drake University’s arena.
In Iowa”s probably last First in the Nation caucuses, voters gathered at a particular location within their respective precinct to support a candidate. In this case there were sections of the arena reserved for the candidates participating, identified with campaign signs.

Those individuals then fill out a first choice card and the results are tabulated. There is a 15% threshold a candidate must meet to be considered “viable.”

As there were over 849 voters present, the 15% minimum was 127. Elizabeth Warren, Amy Klobuchar, Joe Biden, Pete Buttigieg, and by two votes Bernie Sanders all met that number.

As the precinct was worth five delegates to the county convention, those five candidates were all walking out with a delegate while supporters of the other candidates, Andrew Yang and Tom Steyer notably as those candidates had a presence, were free to recaucus with other candidates (and fill out a second round card), or leave.

The second ballot numbers with the recaucus were irrelevant in terms of delegate awards but it was for show.

It was the raw numbers where Bernie Sanders won though he trailed Pete Buttigieg by a handful of delegates. (Or did he?)

By 8:45 PM I had the official results of Precinct 62, which was an atypical site in terms of number of people and venue size, as opposed to the storied church basement gatherings the media used to regularly report from in their Iowa caucus filings.

This is a drawn out process that requires a great deal of commitment.

And believe it or not, that wasn’t the issue in the controversy as that went off without a hitch across the state.

The problem was incredibly more basic: the tabulation.

An app got blamed for the breakdown but what is inexplicable is the lack of redundancy. In a matter of fifteen minutes I could have developed something that would’ve worked (with back ups to the back up) and had full reporting before midnight.

Why did it take so long?

There’s no legitimate explanation, thus people are assuming the worst.

And that is understandable in light of the alleged rigging of the system four years agoas once again accusations of impropriety, corruption, and shenanigans have flown, especially from the Bernie Bros.

That the app developer had ties with Hillary Clinton hasn’t helped with optics nor does its menacing James Bond villain cartel-like name, Shadow.
.
And in typical Democratic fashion they’re blaming the state even though the government had nothing to do with the foul up. This is totally on the Iowa Democratic leadership, the DNC, and SPECTRE or whatever the mountebanks are called that were entrusted with this once revered chapter in democracy.

And in true Democratic Party form, they’re wagging a finger at Iowa’s predominantly homogeneous demographics while conveniently ignoring that New Hampshire is even whiter.

And it was lily white Iowa that gave relevancy to Barack Obama’s “fairy tale” candidacy in 2008 by scoring an upset against Hillary Clinton.

In Iowa it’s been a bad week for both small d and big D Democrats.