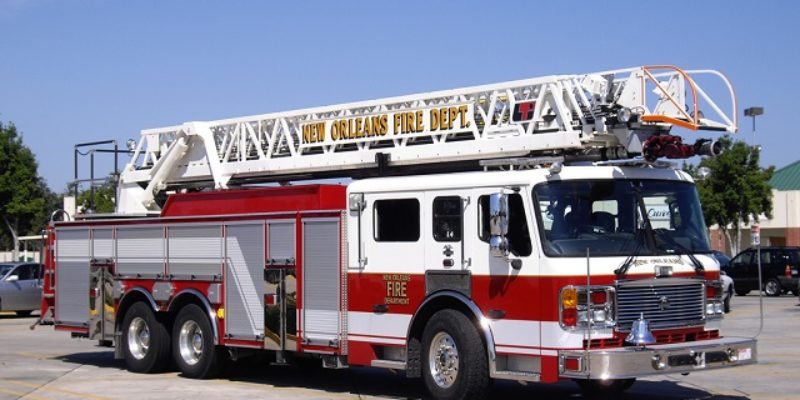 About a third of New Orleans firefighters scheduled to work Saturday morning called out sick, causing several fire companies to only be able to man their trucks with two people.

47 firefighters of the roughly 140 scheduled called out, putting one pump truck and one ladder truck out of service as a result. Two heavy rescue units that would have responded to traffic accidents are out of service as well.

The acute manpower shortage came amid a labor battle between Mayor LaToya Cantrell’s administration and the New Orleans Fire Department.

Union leaders argue the severely understaffed department’s overtime policy keeps money from firefighters. The city, in response to a boycott of firefighters working voluntary overtime, canceled many vacations and other leave time in what officials said was an attempt to meet staffing gaps.

It was not immediately clear how many firefighters, if any, were out sick Sunday.

“We are critical mass, this is a critical safety concern that we do not have enough firefighters right now to run this department adequately and safely,” Mischler said.

The battle over canceled vacations reached its climax on Tuesday as the firefighter’s union sued the city of New Orleans.

Aaron Mischler, president of the New Orleans Fire Fighters Association, filed the lawsuit on Feb. 12. The suit asks for a temporary restraining order blocking the action taken by the department. That action was taken the day after the union issued a statement saying firefighters were refusing to work voluntary overtime.

The suit claims firefighters are entitled to their leave without exception.

A hearing on whether or not to grant the temporary restraining order is scheduled for 9 a.m. Thursday.

Beau Tidwell, communications director for the city of New Orleans, told WDSU that they do not comment on active litigation. But when asked if Mayor LaToya Cantrell would continue conversations with the firefighters union, he said, “Everybody’s focus right now is Mardi Gras and making sure we get through that in as safe a manner as possible, so once that’s done, I think, certainly, we will see more conversations.”

The major problem in New Orleans is that the fire department is understaffed. Fixing that problem is the only way this latest labor dispute between the city and its firefighters will be solved.

But that requires the city setting priorities over what should be funded and what should not be. Providing for public safety is the job number one of government and the city of New Orleans needs to do a better job.