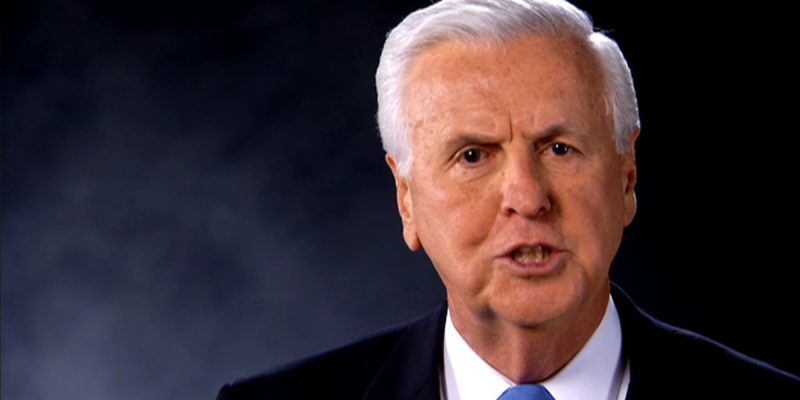 We talked about this a couple of weeks ago, but there is a fraudulent “reform” outfit run by Democrat political operatives Trey Ourso and Eric Holl, who worked on the effort to re-elect John Bel Edwards which was bankrolled in large measure by billboard lawyers like Gordon McKernan and Morris Bart, seeking to derail efforts at tort reform in this year’s legislative session. They know they can’t stop a significant tort reform package from passing in both houses, but what Ourso and Holl are trying to do is to pick off enough Democrats and weak Republicans in the Legislature that an override of Edwards’ veto isn’t possible. Part of their strategy is to blame Insurance Commissioner Jim Donelon for high insurance rates.

This effort, which seems to be coordinated with Edwards’ allies in the legislature, includes a push to make one’s driving record the sole criterion for which insurance companies can set rates for car insurance premiums. On the surface that sounds like a good idea, but here’s a dirty little secret – you might be a fantastic driver who never even gets a speeding ticket, but that doesn’t mean the risk you pose to your insurer as to the potential of a claim is necessarily slight.

You might drive more than the average, leading to the greater possibility of an accident which isn’t your fault. You might live in a high-crime area, meaning your car could be stolen. And so on.

Therefore, insurance companies have built in all different kinds of actuarial factors leading to how rates are set. Some of them happen to be things that the modern Left doesn’t like.

You can get as upset about those things as you like, but your feelings don’t change the data. Insurers act accordingly, because for them it’s a numbers game. They’ve got to be as accurate as possible betting on premiums vs. claims across a large cross-section of the public, because therein lies their ability to drive a maximum profit out of charging the lowest rates possible to pursue the largest share of the market they can get. All the “woke” crap they might come up with, they leave for the marketing department; the actuaries only have green eyeshades on.

So along comes Donelon, who has been doing this for decades and knows something about the insurance business, and at a speaking engagement he explains something about how the actuaries set insurance rates, and now Donelon is a villain. WAFB had the story…

“The truth is that single women pay higher premiums than married women because of actuarial data that’s used in every of the 50 states,” Donelon said.

He said he’s generally for using gender to determine insurance rates as long as the data is backed by accident-related statistics.

Ahead of the March legislative session, state lawmakers have filed a number of bills that aim to lower Louisiana’s auto insurance rates, the nation’s second highest.

A bill by Sen. Jay Luneau, D-Alexandria, seeks to ban the so-called “widow’s penalty,” where a driver’s rates are hiked after she becomes single because her spouse dies. Donelon said the penalty does not exist in the way it’s represented.

“It’s not a widow’s penalty,” he said. “It’s a single woman, higher charge than a married woman.”

Donelon said he assumes single men have higher rates than married men as well, but he could not say with certainty.

And this is what Donelon gets for his trouble…

“Donelon not only admitted that insurance companies use gender to charge people more regardless of their driving record, he endorsed it,” Real Reform Louisiana Executive Director Eric Holl said in a statement. His group is backing a series of insurance policy changes, including Luneau’s bill, that are fundamentally different from the “tort reform” bills Donelon has backed.

“Women are not worse drivers than men, but Commissioner Donelon thinks insurance companies should be able to charge them more if it makes the insurance company more money,” Holl said.

Nobody said that women are worse drivers than men. Donelon didn’t say that. What Donelon said is that insurance companies charge higher rates for women because there is a higher incidence of claims involving women than men.

WAFB noted that men get more traffic tickets than women and men are killed in traffic accidents more often than women. But men also drive a great deal more – 6,000 more miles a year than women. And when the actuaries adjust the numbers, they find women pose a bit more of a risk of insurance claims than do men, so insurance companies charge women more to compensate for that risk.

What Holl and Ourso and Luneau and the rest want to do is to force insurance companies to abandon efforts to make the most accurate actuarial decisions they can in setting insurance rates. To low-information voters the idea of ending “discrimination” might sound like a good idea, but here’s the thing – all of those actuarial decisions aren’t made in an effort to support the patriarchy, they’re made in an attempt to most accurately assign the risk.

And Holl and Ourso’s little initiative has as its primary basis the prevention of any law passed that would shrink the amount of cost insurers run into when trying to write insurance in Louisiana. So if the costs stay high and the insurers aren’t able to most accurately allocate that cost to the people who create it based on those risk factors, then one of two things will happen.

The first is that everybody’s insurance rates will go up, because if insurers aren’t allowed to allocate costs accurately then you’ll get to pay to insure people who are more expensive to cover than you are. It’s just like the health insurance conundrum that Obamacare brought to the forefront: why should younger, healthy people have to subsidize health insurance for older, sicker people?

Or, if Ourso, Holl and Luneau, who want to appoint themselves as the arbiters of what is good and right in auto insurance, refuse to allow the insurers to raise rates on everybody to cover those costs, you get a second problem which ultimately feeds into the first. Namely, that insurers just pick up and leave the market.

That isn’t theoretical, by the way. Go talk to anybody who’s in the trucking business, or the timber business. They will tell you horror stories about trying to get insurance in Louisiana, because the carriers have almost all left the market and the few who are left are gouging the hell out of their customers because they have a captive market.

We know somebody whose business involves sending trucks all over the place, and his insurance premiums jumped from $800,000 to $1.3 million in one year.

And last week at the LABI annual meeting, this video played…

This is what you get when there isn’t enough competition in the insurance market, and it’s what Jay Luneau, Trey Ourso and Eric Holl are going to produce if the legislators are stupid enough to believe them. They’re busily trying to demonize Donelon for simply explaining why insurers do what they do, and it’s all in an effort to direct everybody away from the fact that the people who are paying them have driven up the cost of insurance in Louisiana through out-of-control legal costs to the point of unsustainability.

The lies and smears stink. Let’s hope enough legislators smell them and are repulsed enough to pass tort reform with enough of a margin Edwards can’t veto it.