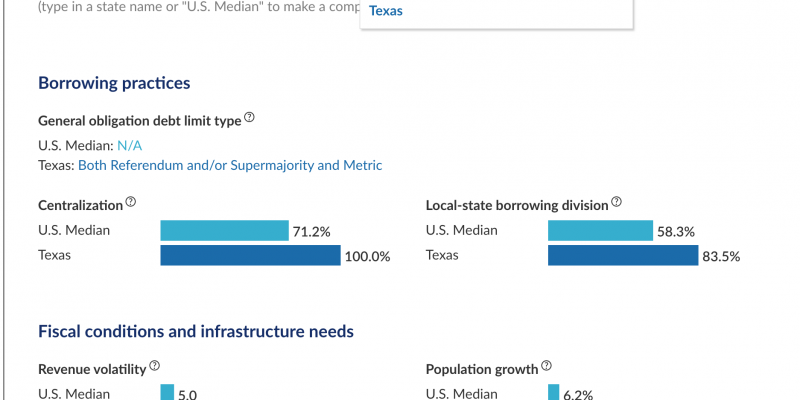 A new quiz produced by Pew Charitable Trusts, “How Much Do You Know About State Debt?” presents information about state debt in the answers to five challenging multiple choice questions.

“No universal guidelines exist for how much debt a state government can afford, but many factors influence states’ borrowing levels,” the introduction to the quiz states.

It adds, “leaders often compare their debt levels to those of neighbor states or to states with similar credit ratings.”

The quiz highlights some of Pew’s research on state debt.

How much a state borrows is influenced by its population growth rate, revenue volatility, debt centralization, and the local-state borrowing division, among other factors, Pew notes.

Accompanying the quiz, Pew created an interactive tool that allows users to compare states and provides information about debt per capita, credit rating, and other factors.

The tool also ranks states by each indicator. For example, Oregon and Texas have the most centralized debt (debt is held by the state itself, rather than component units), whereas Massachusetts has the highest state debt per capita.

Debt per capita measures total debt against a state’s population, Pew notes. While debt per capita is a useful data point, it is not the only one used to calculate debt.

Calculating debt per capita helps compare debt between states of different sizes, Pew notes, because individual residents shoulder the burden of much of the debt through paying taxes and user fees, which generate revenue that states use to pay down their debt.

Some quiz takers may be interested to know that the state with the lowest debt per capita in the U.S. is Tennessee, followed by Nebraska and Nevada. 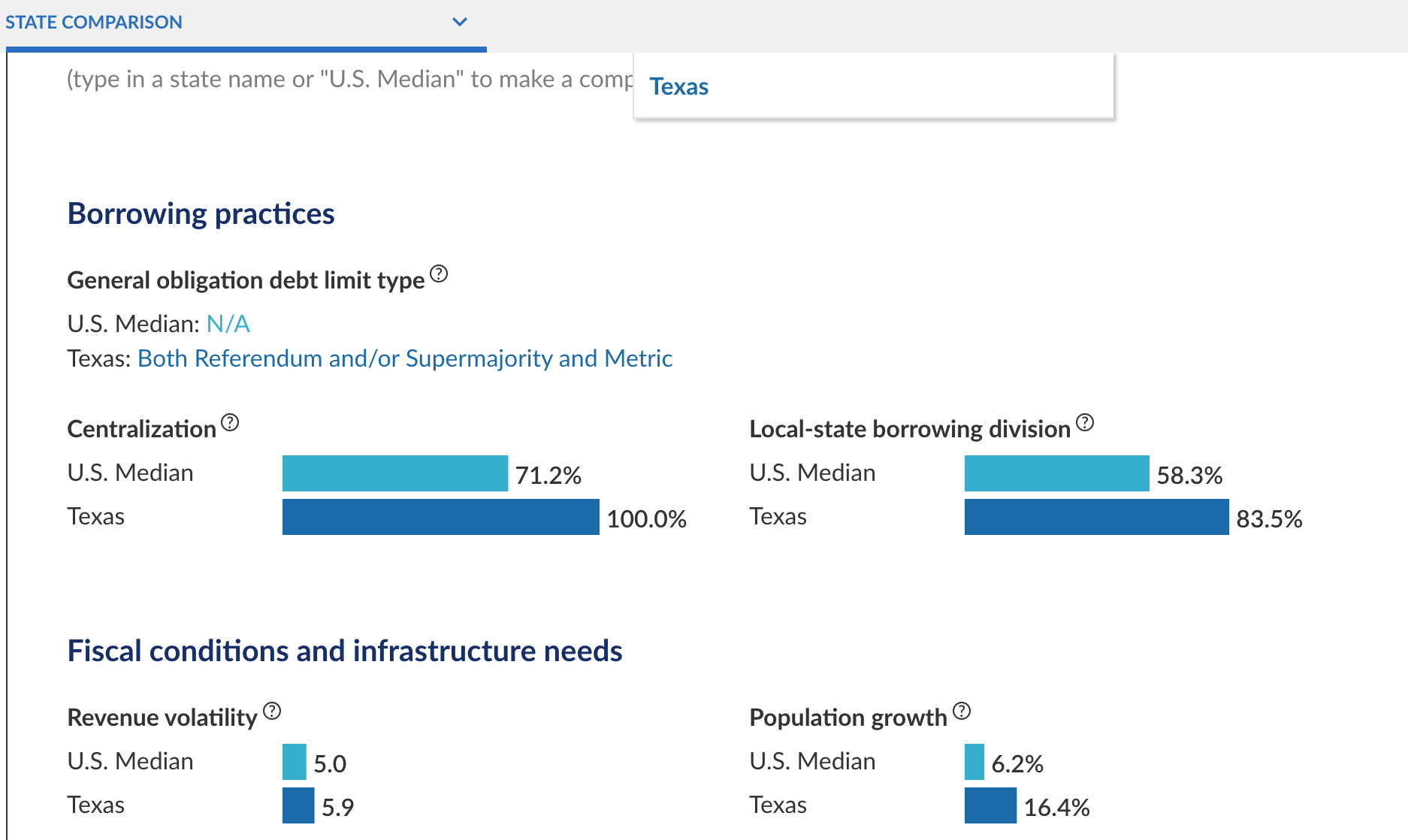 “When comparing state debt, leaders should be mindful that the volatility of a state’s revenue source plays a significant role in debt management and budget planning,” Pew warns.