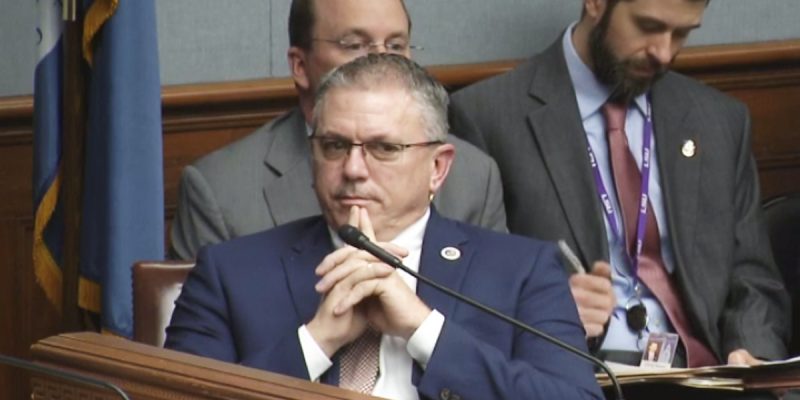 That isn’t exactly true, as some of the lobby-group folks we talked to sound perfectly fine with the committee assignments which popped last night courtesy of Louisiana House Speaker Clay Schexnayder. But there is griping on both sides of the aisle within the House, and given Schexnayder’s unusual circumstances of being a conservative Republican speaker of a majority-conservative House elected, nonetheless, by a majority of votes which came from Democrats and moderate Republicans, the griping is more than something he can afford to blow off.

There are sixteen House committees, and Schexnayder doled out five chairmanships and five vice-chairmanships to the Democrats. That isn’t unusual, as it’s similar to recent practice under Republican speakers. Given that 35 of the 60 votes Schexnayder received came from Democrats, he was going to have to reward them with at least five-and-five.

The problem is, the Legislative Black Caucus wanted five-and-five, at least, for themselves. And what they got was four-and-four. Schexnayder gave the chairmanship of the Insurance Committee to one of the seven white Democrats, Chad Brown of Plaquemine (who is an insurance agent), and Francis Thompson of Delhi was named the vice-chairman of the Agriculture Committee. Jack McFarland of Winnfield, a Republican who was actually on Sherman Mack’s leadership team but is respected across the House, will chair that committee.

We’re told Thompson is livid about not being named Agriculture chairman. He’s a freshman in the House, but he’s been in the Louisiana legislature for nearly fifty years, having been termed out of the House AND the Senate, and no one in the Legislature is more entitled than is Thompson. He specifically traded his vote for a promise of that chairmanship, and two days before the House Speaker election we’re told Thompson promised himself to Mack but refused to go public with the support. He instead followed all the other Democrats to Schexnayder and appears to have gotten rolled in the bargain.

How much sympathy anyone will have for Thompson, who is almost precisely the kind of politician term limits were installed to force out of the state legislature, is a question worth asking.

So Thompson isn’t happy and the Black Caucus isn’t happy, because they thought they’d get more than they did. The four Black Caucus members chairing committees, Barbara Carpenter of Baton Rouge (Labor), Vincent Pierre of Lafayette (Transportation), Ted James of Baton Rouge (Criminal Justice) and Randal Gaines of LaPlace (Judiciary) are essentially figureheads since they’re in a distinct minority of committees they’re chairing. Labor, for example, has 11 Republicans and only seven Democrats, so it’s going to kill bills like a minimum wage increase or Equal Pay. Transportation, despite having both a chair and vice-chair who are both Democrats (Ken Brass of Vacherie is the vice chair), has a 10-6 Republican majority. James’ Criminal Justice Committee has eight Republicans, four Democrats and a Democrat-leaning independent. And Judiciary is seven Republicans, five Democrats and one independent. For the most part those chairmen are not set up to wield any real power.

That math isn’t overly conducive to harmony within the Republican delegation, which after Schexnayder shot down Commissioner of Administration Jay Dardenne on Friday was seeming to build behind Schexnayder.

All that said, the concerns of individual members of the House and the internal politics within the body, while they could culminate eventually into an unstable situation for Schexnayder’s leadership (or perhaps not), are of no particular concern to ordinary Louisiana voters. If you’re doing some straight bean-counting to gauge the committee structure and whether conservative bills might reach the floor while left-wing bills would die, if you’re conservative you’re likely fine with what the Speaker has done.

The tally, committee by committee:

Interested in more news from Louisiana? We've got you covered! See More Louisiana News
Previous Article Analysis: Texas ranks 5th for economic freedom in North America
Next Article REMEMBER THIS DAY: One Last Look at a Championship Month to Cherish