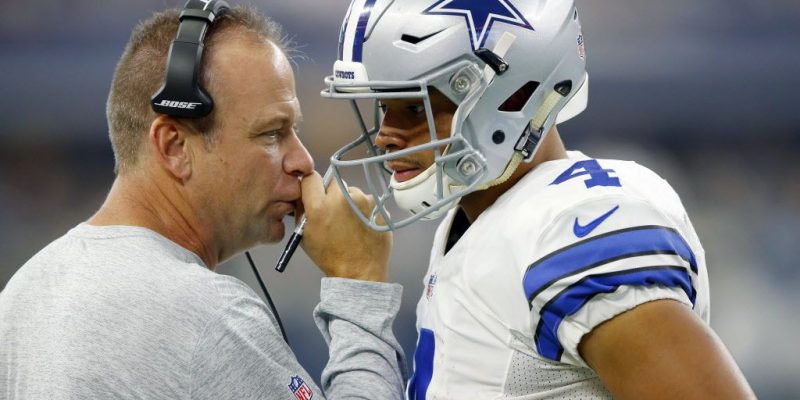 Scott Linehan, a 56-year-old with head coaching experience in the NFL and 20 years combined experience as an offensive coordinator in college and in the pros, has a most unenviable task of following in the footsteps of a legend almost half his age.

Linehan officially signed with LSU on Tuesday to be the new passing game coordinator, replacing Joe Brady, who took the offensive coordinator position with the Carolina Panthers.

“Scott brings a wealth of knowledge to our offense,” LSU head coach Ed Orgeron said. “We wanted to bring in someone who will expand our passing game, and with Scott’s experience as an NFL head coach and offensive coordinator, we feel this is the best move for our offense. After talking to numerous people with NFL experience and interviewing Scott, we knew he was the right fit for the LSU Tigers.”

Linehan will work next to offensive coordinator and quarterbacks coach Steve Ensminger in the booth. Brady and Ensminger shared a remarkable chemistry calling plays for LSU’s record setting season last year, and it will be up to Linehan to fit in to an offensive attack that certainly ain’t broke anymore.

Some Tiger fans are concerned about the hire. While Linehan did most recently serve on the Dallas Cowboys staff for five years, four of which were as offensive coordinator from 2015-18, he was fired before the 2019 season after directing the NFL’s No. 22 ranked offense.

The key here is Orgeron. He has earned the right to be trusted. Except for the hiring of offensive coordinator Matt Canada before the 2017 season, he has seemingly hit every right button.

And he proved that he’s willing to correct a mistake quickly–he fired Canada after just one season in Baton Rouge.

Orgeron apparently is seeing passed the No. 22 ranking and recognizing Lineham’s leadership in winning three NFC East titles in Dallas, where quarterback Dak Prescott has grown into a solid NFL starter.

What Tiger fans need not forget is that the offensive system is in place now, with or without Brady. It isn’t leaving to Carolina with him. Orgeron trusts Ensminger as much as he ever has, and now he has replaced Brady with someone with significant NFL experience.

This is going to go a long way with recruiting. Just look at the list of NFL players above. This will impress high school recruits whose ultimate goal is to make it to the league. Sitting in the home of the next 17-year-old Joe Burrow or Ja’Marr Chase and unveiling that background is going to help LSU continue to get the best skill players in the country.

The potential is there. Now it’s just a matter of whether or not Linehan chooses to gel with Ensminger. Orgeron thinks the relationship will be a good one.

“Let’s face it: we have a great package here,” Orgeron said. “We’re going to continue to do the things that we know how to do here. I think Steve Ensminger’s done a great job of running this offense. He’s going to help Steve in the third-down game planning and the red zone, and perhaps call some third down, some red zone. We’ll see how he and Steve work. I think it’ll be a great combination.”

It is understandable that fans are concerned, especially since Linehan was fired at his last stop. There are no guarantees, of course, but it would be hard to believe that Linehan would come aboard thinking he was going to rock the boat of a national championship winning team. Make no mistake about it, though–if he does, Orgeron will cut bait quickly.

But I just can’t see that happening. It’s almost as if Orgeron has turned into a decision-maker that can do no wrong. I see Linehan falling right into the mix and the Tiger offense purring on all cylinders yet again.