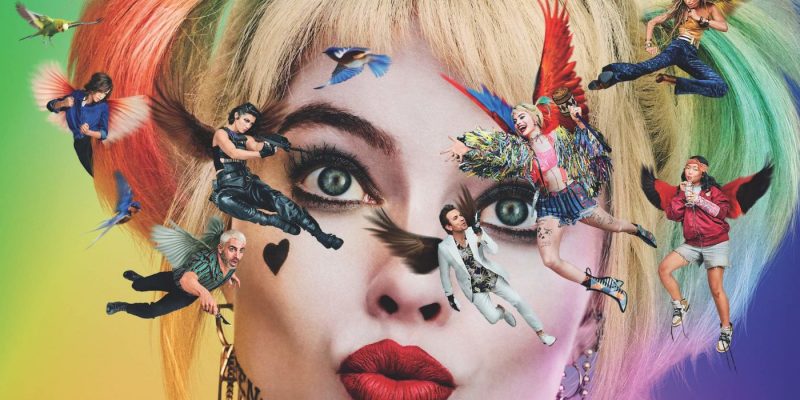 Yet another movie based on a comic book came out over the weekend. How refreshingly new.

This one was based on a female protagonist named Harley Quinn, and a spinoff from the movie Suicide Squad (2016).

Harley bombed in the box office this past weekend, pulling in only $33 million. The budget was $100 million for production and marketing.

Movies fail in their opening weekends all the time. It isn’t anything new. But since it was Birds of Prey (and the Fantabulous Emancipation of One Harley Quinn)–yes, this is the official, full title–a movie with a female superhero, the low box office turn out is clearly because of the wicked misogyny and sexism of the male audience.

Just ask any feminist or male dope following the crowd at chow time.

The blatant sexism around the conversations about #BirdsOfPrey is wild. It’s funny what kind of standards everyone holds women-centric films to, and everything has to be “perfect” but dude-bro movies can lack good actors, story lines and logic and still be praised.

Comic book legend Gerry Conway agreed, and even added a little more spice to their “educated” guesses as to why on Earth a movie as riveting as this should do so poorly in its opening weekend.

I'm so disappointed by "Birds of Prey" box office and what it says about the male audience for superhero films. Here's my controversial take (don't hate me): the movie didn't pull teenage boys because Margot Robbie didn't want Harley Quinn to be sexualized as she was in SS.

Aw. Gerry’s disappointed. Will somebody get him a Tootsie Roll?

Back in October 2019, actor Ewan McGregor pointedly and proudly described the movie as a feminist-themed attack on misogyny.

“What interested me with Birds of Prey is that it’s a feminist film. It is very finely written, there is in the script a real look on misogyny,” he said. “And I think we need that, we need to be more aware of how we behave with the opposite sex. We need to be taught to change.”

Yes, this is what we need, Ewan. We need to be lectured and told how horrible we are after spending $30 dollars on a ticket and snacks.

“[I]n the Birds of Prey dialogues,” he continued, “there is always a hint of everyday misogyny, of those things you say as a man you do not even realize, mansplaining. All [of] it’s in the script in a very subtle way. I found that brilliant.”

Mansplaining: the explanation of something by a man, typically to a woman, in a manner regarded as condescending or patronizing.

(For those of you fortunate souls never to have had the experience of hearing that word or its meaning. Ever.)

Of course this interview was right in line with feminist thought. Too bad McGregor’s fawning advocacy of this extreme of feminism didn’t automatically rile up men everywhere to go to the theater and discover where they’ve gotten it so wrong all their lives.

Wow. Yeah, now I really want to go see the movie. And buy two bags of popcorn. So not only am I, as a man, drowning in the mud of my own sinister misogyny, but I am also not mature enough to handle being preached at and told what to think by the virtue-signaling feminists I should automatically afford my respect to.

I’m just a stupid, stupid man who just doesn’t know any better. Sorry for being so sexist, Harley. Maybe I’ll be mature enough in time to see the sequel.

Writer Jeff LeJeune has an M.A. in English, is a high school and college instructor, and is a former college athlete. In addition to his writing work for The Hayride, he is a ghostwriter, editor, and novelist. His website is www.jefflejeune.net.
Interested in more national news? We've got you covered! See More National News
Previous Article President’s budget plan aims to cut deficit by $4.6 trillion in 10 years, balance budget in 15
Next Article BAYHAM: The New Hampshire Candidate Wish List