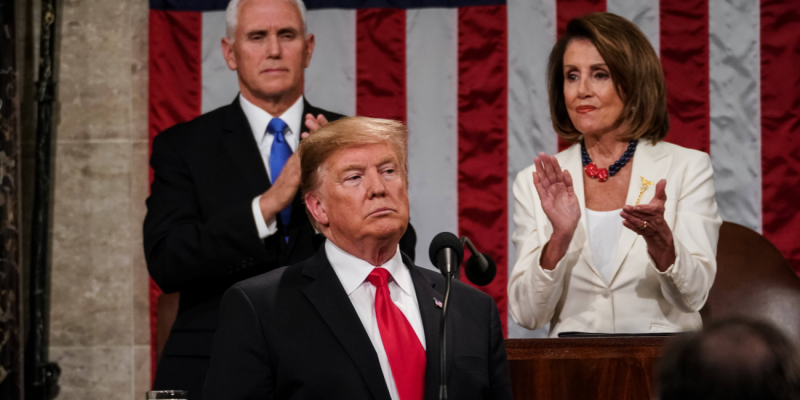 President Donald J. Trump will deliver his third State of the Union Address tonight in front of a joint session of Congress, and in front of the House Democrats who impeached him.

Given the circumstances, it is sure to be quite the spectacle and viewers can expect a well written speech delivered in the way only Donald Trump can. Nearly fifty million people are expected to tune in for the historical presidential address.

The White House has released a list of the President’s guests which give us an idea of what to expect in his State of the Union Address this year.

The list includes Kelly and Gage Hake, the parents of Army Staff Sgt. Christopher Hake who was killed in Iraq by a roadside bomb supplied by Iranian General Qassem Soleimani.

Another guest will be Jody Jones, the sister of an American citizen killed by an illegal immigrant with a criminal background.

The issue of abortion is also expected to take stage as Ellie Schneider, who was born at just over twenty one weeks old, will be one of the guests of President Trump.

For your convenience, you may watch the speech live through the link below provided by the White House starting at 9PM EST or 8PM CT: