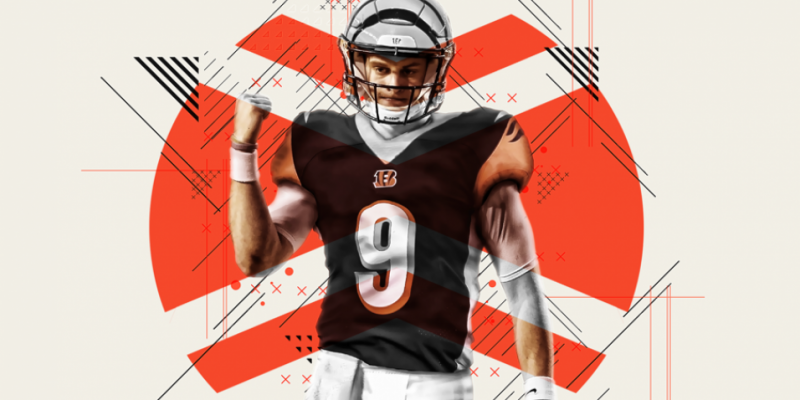 An ex-NFL executive disagrees with Joe Burrow’s assumption that he has leverage when it comes to his draft destination.

Many moons ago in 2004, assumed No. 1 NFL draft pick used a bit of leverage to ensure he would not be playing for a notoriously losing team.

It is why recently retired Eli Manning spent his career with the New York Giants, winning two Super Bowls, and not with the San Diego Chargers.

The presumptive No. 1 pick sixteen years later is Burrow. On Monday, he indicated that he will be just as much a picker and chooser leading up to the draft as any team is.

In this case, the lowly Cincinnati Bengals.

“I do have leverage,” the former LSU quarterback said, according to the Fort Worth Star-Telegram, during a reception in Fort Worth in which he accepted the Davey O’Brien Award, given to the nation’s top college quarterback. “[The Bengals] have their process and I have my process. We haven’t even gotten to the [NFL] combine yet. There’s a lot of things that happen leading up to the draft and a lot of information gathered.”

Of course, this could just be Burrow playing the draft game and ensuring that the Bengals do everything on their end, besides drafting him, to move as quickly as they can from finishing 1-15 to becoming a championship organization.

Such is the drama in the months leading up to NFL Draft Day.

In response to Burrow’s remarks, Mike Tannenbaum minimized the idea that a player nowadays can pull an Eli Manning.

Tannenbaum says that whether the happiness is coerced or not, a team has five years of a rookie contract to make the relationship work.

“When you draft a player, you have his rights for five years, so you have plenty of time (to make Burrow happy),” Tannenbaum continued. “It’s not like a free agency situation, and if you think he’s the best player and he’s the best fit, you take him. As an organization, you work really hard to win him over, day by day. I know it’s not the ideal situation, but if you believe Joe Burrow is the best player, you take him and you work on it.”

Burrow is a native of Athens, Ohio, which is less than three hours east of Cincinnati.

“It’s an interesting [thought], going back home to Ohio,” Burrow told KTCK-AM. “It would be a lot of fun. It would.”

This is not a black or white issue. Players, like anyone, will have both complimentary and conflicting thoughts tossing around in their heads. It is not a stretch to believe that Burrow feels both emotions–excitement about playing in the NFL in his home state, and not wanting to suit up for a team not committed to winning.

This dissonant reality was indicated by Burrow’s mother on Monday.

“We have no idea where that comes from,” Robin Burrow told the Star-Telegram, speaking on her son’s willingness or unwillingness to play for the Bengals. “It’s a story out there that someone has created that doesn’t have any substance–from our perspective at least.”

Certainly by now Mrs Burrow has in fact learned that from Joe’s perspective, this may be more of a story than she originally thought.

I would bet that while Mama wants what is best for her son, she probably wouldn’t mind seeing him week in and week out, cooking for him and making sure he is staying in line with all that new money.

At the end of the day, that force–a mother’s leverage–may in some strange and humorous way turn out to be the strongest factor here.