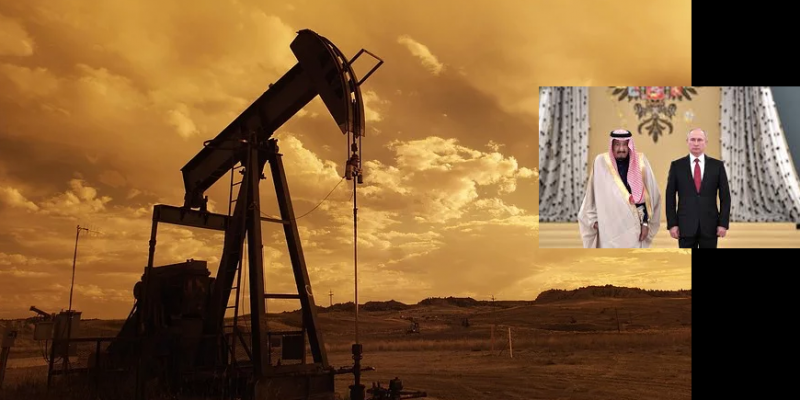 Oil prices dropped by around 30% in early trading Monday after OPEC was unable to cut a production deal with its allies after a Russia-Saudi Arabia trade dispute.

This means Saudi Arabia is going ahead with plans to ramp up oil output, which has led to a tremendous drop in prices at the pump around the world and in the U.S.

Amid other fears such as a new strain of Coronavirus, which has cut significantly down on fossil-fuel-dependent travel, trading was suspended on Wall Street as investors paused to consider the ramifications of recent happenings.

Meanwhile, 1,800 miles away from Wall Street in Texas, the epicenter of oil and gas activity in the nation, eyes are wide open. The price of oil from the international market has a lot to do with the competitiveness of Texas petroleum. The higher the price internationally, the more marketable Texas exports are, and vice-versa.

As such, West Texas Intermediate dropped more than 23% to $31.73 a barrel on Monday morning — after a low of around $27 when fears of a Saudi-Russia standoff were first realized. Anything below $50 sends of alarm bells in the industry.

While economists are saying it’s still too early to tell what the long-term effect of all this may be, this is all on top of Texas’s current oversupply of domestically produced oil. Texas exports have increased like never before, which led to a temporary bump in production — which also led to the supply glut. In late 2019, oil rig activity began to decrease and service jobs began to be cut. But the benefit is cheaper prices at the pump, with a recent average around $2.05 per gallon and some places seeing as low as $1.70.

This is nothing new for the Lone Star State’s up-and-down oil and gas economy, but here is where it becomes difficult: the state’s budget was set on a prediction that oil prices would stay in the neighborhood of $50 per barrel. In terms of government revenue, every sustained $1 decrease in the price of crude is followed by an $85 million per year loss in state coffers — especially the Rainy Day Fund, which is fueled by excise taxes on pumps. Over the past session, $6.1 billion from the Rainy Day Fund was earmarked for the paying down of remaining expenditures from the 2018-19 state budget (see analysis below).

From the hip: Fill up your tanks now! And if you play the stocks, buy-buy-buy!

COVID-19 will likely subside as temperatures increase and flu season goes away, and travel will resume just in time for summer vacations. But as for the international oil market, if Russia does not agree to the production cuts, the low oil prices could be sustained through the summer.

This could have a double effect of crippling Texas oilfield jobs (well-paying jobs that are known to be cyclical, but also a driver or unemployment when the cycle is down) while boosting travel and commuter traffic as gas prices may dip down to maybe even a $1.50 per gallon.

Thankfully for those in the oil and gas industry, these international disputes are often temporary in nature and not designed to actually weaken fellow oil-rich nations. So when Russia inevitably agrees to Saudi’s demands, we can expect some things to return to normal while Texas figures out what to do with its new status as a player among oil exporters. In this case, the state budget will have time to recover without the 87th Legislature in 2021 having to play catch up.

The last we checked, the state budget retains a $3 billion cushion in the form of the Rainy Day Fund, which was designed to ward off any negative effects from an economic turn down such as an all-out and long-lasting oil trade war but has recently been used to pay down debts. Last session, lawmakers were eager to use it to pay down property taxes but that plan was scrapped at the last hour. In short, the budget seems to be in good enough shape to sustain hits like these.

We’ll let Comptroller Glenn Hegar have the final word on what the dip in oil prices may mean for the state budget and why the Texas Economic Miracle is still very much alive:

“The fundamentals of the Texas economy remain strong. The agency [Texas Office of the Comptroller] is monitoring weakness in financial markets, including commodities and energy markets. We have been tracking revenues carefully since markets began to soften.

“Certainly, Texas has exposure if oil prices remain depressed for a sustained period of time, and slowdowns in economic activity related to the COVID-19 outbreak could also be a headwind. We are still only six months into the current budget cycle, however, and it is too early to tell with certainty how current fluctuations will impact long-term economic performance and state revenues.

“As I have said before during significant downturns in energy prices, the Texas economy is less reliant on severance taxes to fund the day-to-day functions of state government than it has been historically. In addition, the state leadership has numerous financial management tools that allow the state to react to and contend with economic pressures. Having said that, we will continue to monitor the economy and state revenues closely and will provide updates to lawmakers and the public as conditions warrant.”