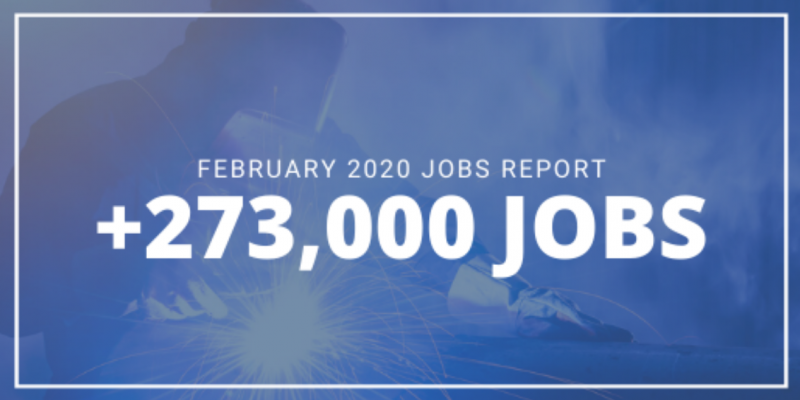 Nonfarm payrolls increased by 273,000 in February, surpassing economists’ 175,000 estimate. Unemployment also slightly dropped to 3.5 percent, matching its lowest level in more than 50 years, according to the latest report by the U.S. Department of Labor.

Average hourly earnings grew by 3 percent in 2019, in line with estimates, while the average work week, considered a key measure of productivity, nudged up to 34.4 hours.

Companies have continued to hire despite fears related to the novel coronavirus, according to the report.

“While it’s too early to see the impact of the coronavirus on the labor market, we can say the labor market was in a good place before the virus began to spread,” said Nick Bunker, economic research director at Indeed, told CNBC. “But the next few months will be a test of just how resilient this labor market is.”

Despite stock market drops, they suggest any evidence of the coronavirus economic impact would first be seen in employment data.

“We have a very strong economy, but this blindsided the world,” Trump said.

The president’s advisers will urge Congress Tuesday to take action on a “possible payroll tax cut” or other substantial tax relief. He is also moving ahead to propose no-interest loans for small businesses hurt by the coronavirus outbreak and to help hourly wage earners who miss work because of extended illness or shutdown “so they don’t get penalized for something that’s not their fault.”